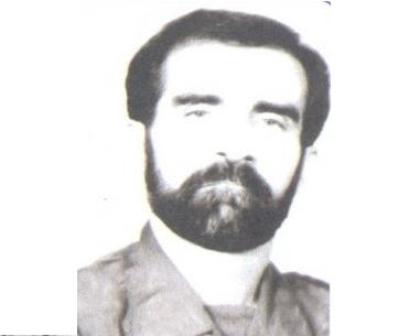 Omar Dadgar was born in 1961 in one of the villages of Marivan city. His father was a traditional surgeon and his mother was a housewife. Dadgars had the reputation of generosity and hospitality. His father was a devout and religious man who was strict about the upbringing and education of his children. They had poor living conditions, and considering the difficulty of farming in rural areas, daily activities were divided among the children with everyone being assigned to a special work. No exception to this rule, Omar had to help his parents while studying at the elementary school.

As he lived in a remote village away from the city, he was unable to continue his study, thereby engaged as a full-time livestock worker.

After a few years, together with one of his brothers, Omar moved to Tehran in search of a job. It was not their first attempt to find employment, as they sometimes traveled to the cities of Karaj and Sanandaj in pursuit of a job.

With the rise of the popular movement of Imam Khomeini, Omar who was a free-spirited individual joined the lines of revolutionaries and devoted his life to the realization of the Revolution’s goals and ideals. In 1987, he married a girl from around Marivan city and fathered seven children. Under the training of his father, he had grown to be committed to the rules and principles of Islam. For this reason, he always recommended his children to say their prayers on time and fulfill their religious duties. As a kind and compassionate man, he cared a lot about the welfare of his family.

After the glorious victory of the Islamic Revolution, Mr. Dadgar, weary of the oppression of the anti-regime groups in Kurdistan province, arose against them. He preferred the strategy of negotiation based on the rules of ethics to talk them into cooperation with the Islamic Republic of Iran. Over time, such activities made him a target of the Mujahedin-e Khalq terrorist group, and they plotted against him. However, none of their assassination plots were successful and he continued his ways more firmly than ever.

After the Revolutionary Guards of Iran charged him with the responsibility of establishing the security of Kamyaran, he used his influence on members of the Democratic party to efficiently perform his role. As a result of his efforts, peace and security returned to the city and Omar got back to his everyday life.

On July 12, 2007, Dadgar was having dinner with his family when someone knocked on their door, requesting to see him. As a generous and hospitable man, he invited the stranger in, but the man shot him 10 times and ran away. Hassan, the 18-year-old son of Omar Dadgar tried to chase the murderer, but the assailant shot him to death as well.

Later, the PJAK terrorist group claimed the responsibility for the murder of Omar Dadgar, saying that this act of terrorism was an attempt to defend the rights of people.