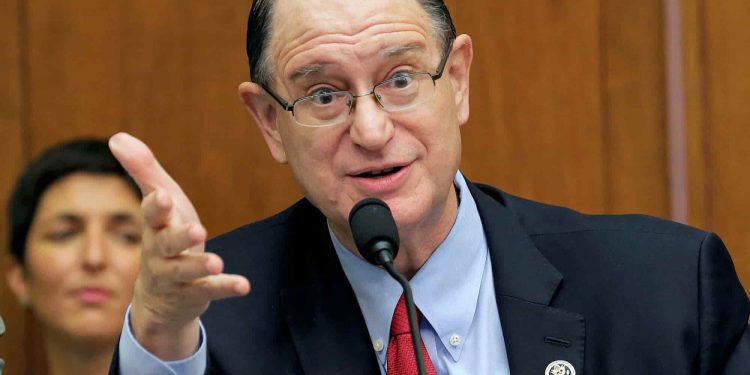 Brad Sherman, a 66-year-old lawmaker from California, is the most senior candidate. He also happens to be the most traditional. Sherman supported the US-led invasion of Iraq, stood firmly against Obama's Iran nuclear deal and encouraged moving the US embassy to Jerusalem.

The congressman was first elected to the House in 1996 and has rarely strayed away from the bipartisan consensus on hawkish foreign policy. In 2002, he called for passing the resolution authorising the war in Iraq with an "overwhelming margin".

In 2015, Sherman was one of 25 House Democrats who voted against the JCPOA. At the time, he called for congressional opposition to the Iran deal, arguing that legislative push back against Obama's executive decision would enable the next president to alter or nix the agreement.

"My job is to do all I can to prevent Americans from believing that this deal is morally binding on future administrations," Sherman said in a statement in 2015. "A substantial bipartisan vote against the deal will not tie this president’s hands, and it will give the future presidents the greatest possible freedom of action."

Which is exactly what happened. Trump did not consider the multilateral agreement to be "morally binding", and he withdrew from it in May 2018.

The Republican president then embarked on a "maximum pressure" campaign of sanctions against the Islamic Republic, spiking tensions that brought the two countries to the verge of war earlier this year.

Sherman was critical of Trump's decision to leave the agreement, arguing that the US administration should work with its allies to reimpose sanctions on Tehran over its involvement in Syria and Yemen, not the nuclear programme.

"If you're going to try to persuade people to sanction Iran, best to use the arguments that will work," he told NPR in 2018.

But even as he opposed Trump's approach on the Islamic Republic, Sherman continued to associate with the Iranian opposition group, Mujahideen-e Khalq (MEK), which seeks regime change in Tehran.

Critics dismiss the MEK, which had been designated as a terror group by Washington until 2012, as a "cult" with no representation in Iran.

Last year, Sherman attended a MEK rally in Washington and lauded Rajavi as an advocate for "democracy, women's rights and minority rights in Iran".

"Soleimani, this is the future of Iran; watch it on your video screen," Sherman said, addressing top Iranian general Qassem Soleimani, who would be killed by the Trump administration months after the demonstration in Washington.

The congressman is a staunch supporter of Israel and has often defended the Israeli leadership against criticism from his own party.

And in 2015, merely three years after the group's removal from the US terror list, Sherman spearheaded efforts to defend the decision to invite Maryam Rajavi to testify remotely at a congressional panel on counterterrorism.

But in 2017, the California congressman was the only one amongst the trio to co-sponsor a bill that would penalise Americans who boycott Israel.

When Israeli Prime Minister Benjamin Netanyahu addressed Congress in 2015 to undermine the JCPOA without an invitation from then-President Barack Obama, dozens of Democrats boycotted the speech, including Castro and Meeks.

Not Sherman. In fact, the California Democrat has been promoting his decision to attend and defend Netanyahu's controversial move, which was an insulting breach of diplomatic protocol against the former Democratic president.

"I attended the speech because Prime Minister Netanyahu embodies the Jewish state," Sherman said at a virtual event with the Democratic Majority for Israel earlier this year. "My two opponents in this race boycotted the prime minister’s speech."