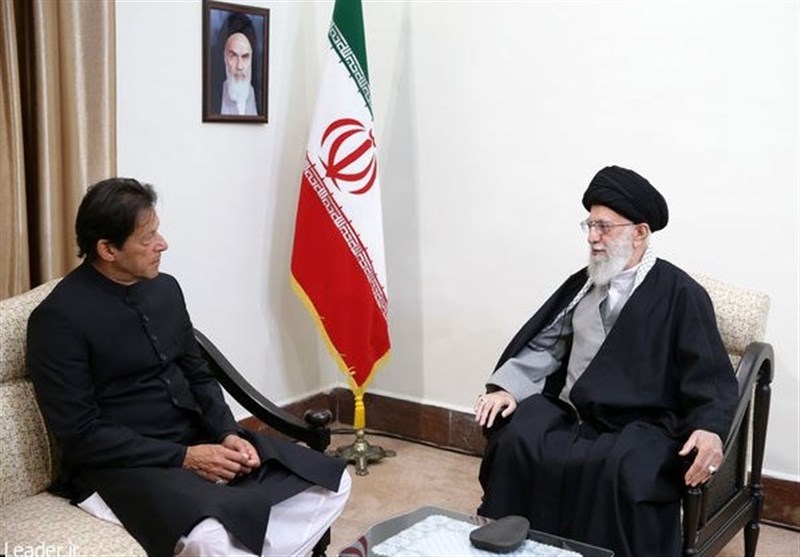 Leader of the Islamic Revolution Ayatollah Seyed Ali Khamenei on Monday lauded amicable ties between Iran and Pakistan, and warned that terrorist attacks along the two neighboring countries’ shared borders are aimed at undermining the friendly relations.

Ayatollah Khamenei met with the visiting Prime Minister of the Islamic Republic of Pakistan, Imran Khan, and his entourage.

At the meeting, Ayatollah Khamenei regarded the relation between the nations of Iran and Pakistan as deep and heartfelt and stressed, “The relations between the two countries should increasingly develop and strengthen, despite hostilities by enemies.”

Referring to the historical roots of the ties between the two nations, the Supreme Leader asserted, “The dignity and majesty of the Indian peninsula were highest during the time Muslims ruled over it, and the biggest blow that the British stroke in this important area was abolishing the prominent Islamic civilization.”

Imam Khamenei praised great Pakistani figures like Muhammad Iqbal Lahori and Muhammad Ali Jinnah and urged the two nations to boost friendly ties, and added, “Good relations will benefit both countries. However, these relations incite serious animosities from the enemies; however, counter to enemies’ aspirations, the collaborations and relations should strengthen in different areas.”

The Leader regarded security issues at Pakistan-Iran borders as exigent and noted, “The terrorist groups that are responsible for disturbing security at the borders are backed by enemies’ money and arms. The anti-security moves at the frontiers of Iran and Pakistan seek to hurt the friendly relations between the two countries.”