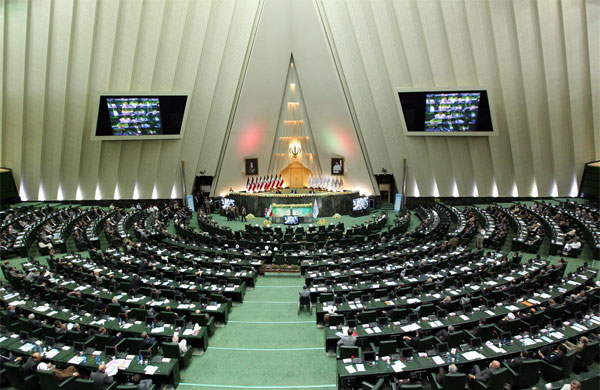 The Iranian Parliament has overwhelmingly ratified Article 1 of a pro-IRGC motion that reciprocally designates the US Central Command (CENTCOM) as a terrorist organization.

On a Tuesday session, the Iranian Parliament addressed the details of a double-urgency bill in support of the Islamic Revolutionary Guards Corps (IRGC) after the US designated the elite force as “a foreign terrorist organization.”

The general outlines of the motion were approved by the legislature on April 16, with 204 votes in favor, two against, and no abstentions.

In today’s session, the Iranian MPs ratifies Article 1 which denounces the US measure as a breach of international law, calls it counterproductive to regional and international peace and stability, and reciprocally designates the US Central Command (CENTCOM) -- including all its affiliated bases, units, and forces -- as “a terrorist organization.” It also calls any assistance favoring CENTCOM “aiding and abetting acts of terrorism.”

The bill features 13 articles, condemning the US move as counterproductive to regional and international peace and stability, and calling for the reciprocally designation of the US Central Command (CENTCOM) as “a terrorist organization,” among others.