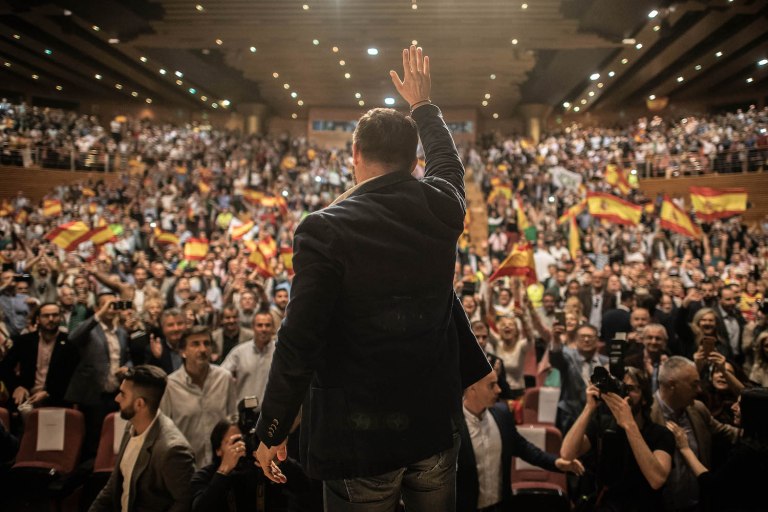 In an interview with Foreign Policy, Espinosa, the Vox vice secretary of international relations rejects the existence of any ties between Vox and the MKO.

When asked about the party’s links to the NCRI, Espinosa, the Vox vice secretary of international relations, told Foreign Policy: “We don’t have any relationship with them.” The funding of Vox by the NCRI came out of a “personal relationship” with Vidal-Quadras, who had supported the Iranian organization throughout his stint in the EU Parliament until 2014, when he lost his race to win a seat as part of the newly founded Vox. (Vidal-Quadras had previously been a lifetime member of Spain’s conservative People’s Party, or PP.) “They supported him,” Espinosa claimed. “Not the party so much as him. And when he left,” Espinosa added, “when the campaign was over, they never came back.”