Permanent exhibition of Habilian Association (families of terror victims in Iran), held in Chaharzebar canyon, witnessed an unprecedented huge wave of visitors from all around the country who had come to the region to know more about how MKO terrorist group was defeated by the children of Islamic Iran. 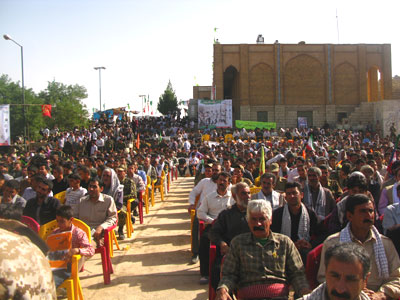 This permanent exhibition which was held in this operational region since last year was designed for the public awareness and illumination of the younger generation about different dimensions of MKO terrorist cult’s atrocities and crimes during the imposed war and also their black dossier of treasons and espionage.

It is worth noting that the exhibition, which was previously covered by the issues such as the history of MKO terrorist cult, their role in the imposed war, sectarian relations within the cult, the assassination of innocent people, financial fraud and advertising scams of MKO, their crimes against the Iraqi people, the role of MKO in riots after the elections including their direct role in the crimes of Ashura, martyr creating project, confessions of arrested MKO members during the riots in last Ashura, was equipped with considerable new volume of projects containing valuable information about the MKO complicity with some anti-revolutionary organizations under the guise of human rights and charitable institutions, communications and intelligence cooperation with notorious intelligence services around the world and their assistance to other group for instigating unrest inside the country like what they did in support for Aamol failed riots in 1981. 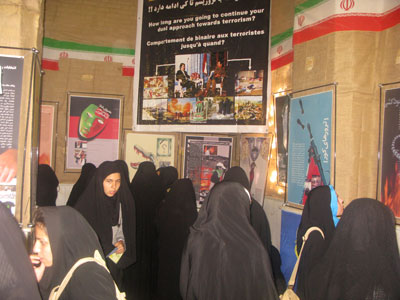 The exhibition also aimed at keeping alive memory of triumphant operation of Mersad so that the younger generations of the country, who visit the operational areas of the sacred defense in south and west, be closely acquainted with MKO treasonous role during the imposed war.

Another achievement of Habilian exhibition in this operational area was the association’s mass distribution of enlightening cultural products including various brochures and software products among the visitors to promote awareness about MKO crimes and the need for being well-equipped against their possible conspiracies. 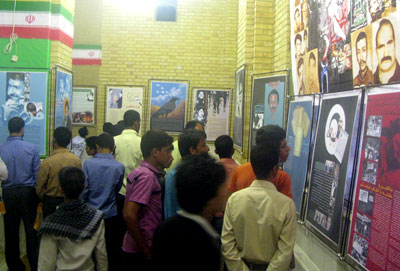 Meanwhile and in the sideline of the exhibition some documentaries about Mersad operation and other MKO crimes form the glorious victory of the Islamic Revolution up to the time being were shown to the audience which was warmly welcomed by the viewers and they were provided with a huge number of CDs containing the documentaries.

The operational zone of Mersad was also visited by the Parliament speaker Ali Larijani during the memorial ceremony. The high ranking parliamentarian also gave a speech in commemoration of Mersad Operation to the massive gathering of the visitors.