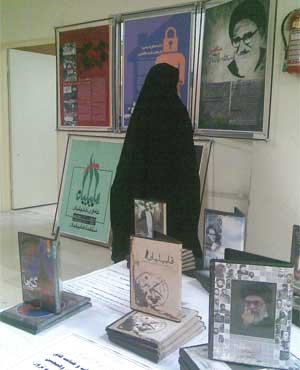 The exhibition “Iran; a victim of terrorism” looking upon the Mujahedin-e Khalq atrocities and crimes was

held by Habilian Association this time in Allameh Tabatabaei University.

Aiming to make young people and especially university students familiar with the crimes and atrocities MKO terrorist cult has until now committed in Iran and Iraq as well as many other parts of the world, this exhibition brought to the public sight a comprehensive archive of documents about Rajavis’ cult crimes in Iran and abroad.

sectarian terrorist training processes inside the cult, moral corruption of the cult leaders, MKO alliance with Saddam Hussein and their treasonous role during the Iraqi dictator’s 8-year imposed war on Iran, actively aiding Saddam in massacre of Iraqi Kurds and suppressing the Shiites Intifada in 1991, military and intelligence cooperation with other notorious terrorist groups like al-Qaeda and Jundollah, documents about the money and weapons the MKO received from Saddam for the continuation of their betrayals and crimes, complicated brainwashing methods, MKO ideological revolution and compulsory divorces, nuclear espionage for Israel and America, their blind mortar attacks against ordinary civilians in the street and granting the cult’s women to Baath’s officials were among the different parts of the exhibition which was unprecedently welcomed by the students. 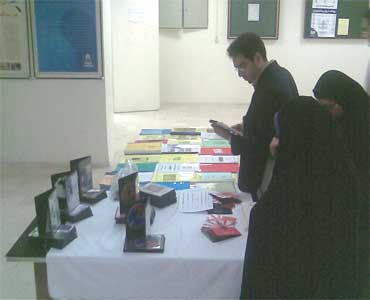 A full list of over 16000 terror victims in Iran since the Revolution, over 12000 of which brutally killed in MKO terrorist operations, was also shown to the viewers.

The exhibition included Habilian Association’s software products about MKO history and crimes and also those who were martyred by the MKO terrorist mercenaries. 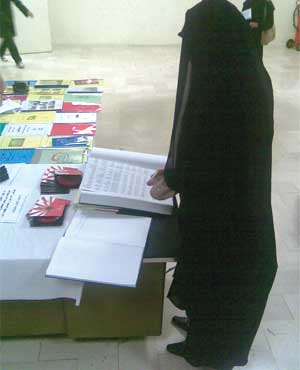