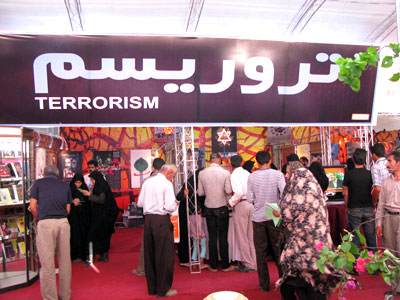 The exhibition of “Basirat” (insight) was held in the southwestern city of Shiraz due to the efforts of Department of Defense and Armed Forces Logistics Ideological and Political section with Habilian Association (Families of terror victims in Iran)….

As reported by Habilian Association, the exhibition is comprised of 9 major headings namely: the role of Imam Khomeini and the supreme leader in neutralizing the enemies’ conspiracies, the threats terrorism poses to the Muslim world and the Islamic Revolution, presidential elections and the aftermath, Wahhabism and Zionism risks for Islam, the global echo of the Islamic Revolution, soft war and psychological operations, America the Great Satan and ethnic integration and Sectarianism. 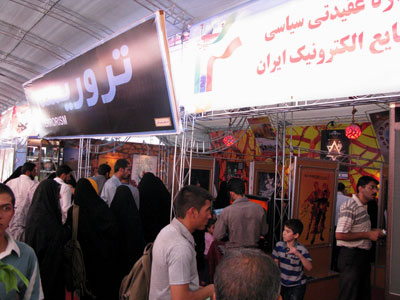 The exhibition was set up in the shape of 12 booths each devoted to a certain topic, including photos, posters, software products, documents and other forms of art and information services adequate for public awareness offered to the viewers.

According to the report, over 300,000 CDs and brochures with various topics were distributed among the visitors, and there were specialists and narrators in each booth explaining about the subject. 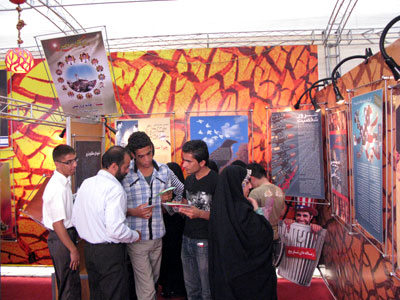 It is worth noting that specialized roundtables about different religions and the MKO role in the current riots and plots, attended by the faculty, were held on the sideline to the exhibition.

Another side-line activity of the exhibition was to hold competitions with valuable awards which were widely welcomed by visitors.

During the exhibition Habilian Association offered a comprehensive history of the crimes MKO terrorist cult has so far committed against the humanity which received a broad welcome from the public.