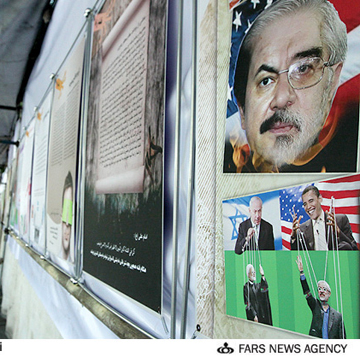 Habilian association held an exhibition entitled "Green hypocrisy" in Tehran on the sidelines of the Quds international Day rallies.

The international Quds Day is an annual event on the last Friday of Ramadan, expressing solidarity with the oppressed Palestinian people and opposing Zionism as well as Israel's control of Jerusalem and racism against Palestinians. Anti-Zionist demonstrations are held on this day in many countries around the world, especially Muslim and Arab countries and by Muslim and Arab communities worldwide. Imam Khomeini first introduced the event which was in a short time extended throughout the world and millions of Muslims and other anti-Zionism movements attend the rallies every year. 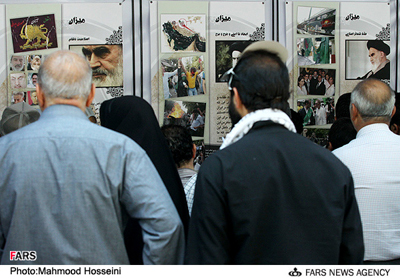 The exhibition “Green hypocrisy” included posters and photos as well as documents over the last year riots that took place after the presidential election in Iran. 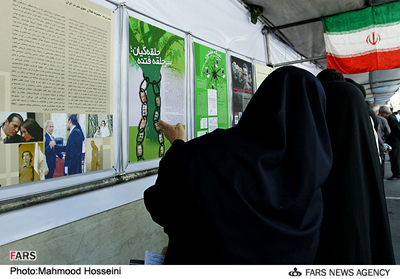 Habilian association also brought to the eyes of the viewers the formal statements of Masoud Rajavi in support of Moussaoui and Mahdi Karrobi and Rajavi’s words during the riots saying: "We support all Moussaoui’s measures. 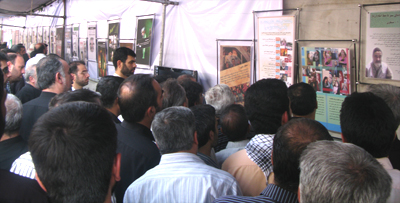 The exhibition was extremely welcomed by the demonstrators and all the viewers recognized Mir Hossein mousavi responsible for the last year riots and the innocent bloods which were spilt during the riots and demanded his trial at the earliest possible time.