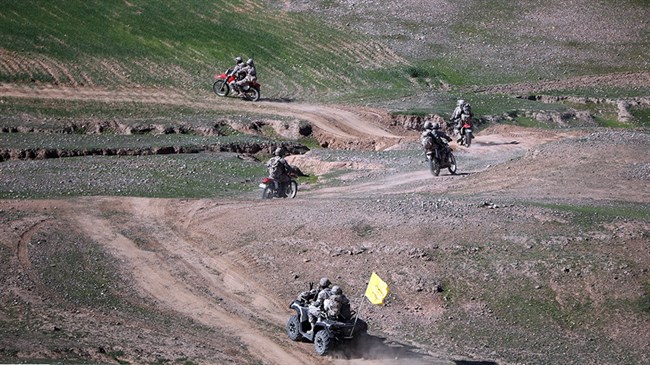 Forces of the Islamic Revolution Guards Corps (IRGC) smashed a terrorist group in the southeastern province of Sistan and Baluchestan, according to the Quds Base of the IRGC’s Ground Force.

“A terrorist team that was planning to carry out an act of sabotage and terrorism in Saravan County was disbanded through the vigilance of the fighters of this base”, the Quds Base’s public relations said in a statement released on Thursday, according to Press TV.

The statement added that four terrorists were killed in the clash and a large number of weapons and ammunition were seized.

Saravan is located 347 kilometers away to the southeast of the provincial capital of Zahedan, close to the common border of Pakistan.

Iranian forces frequently engage in clashes with terrorist outfits or carry out operations against them near the country’s western and eastern borders.

Back in July, the country’s security forces smashed a Takfiri terrorist group, which sought to carry out simultaneous terrorist attacks in several provinces, in cooperation with intelligence services of two European and regional countries.

Also in September, two terrorist rings were disbanded in separate operations conducted by the Intelligence Ministry and police forces in Iran’s northwestern areas, during which two terrorists were killed, two others injured, and dozens arrested by the Iranian forces.