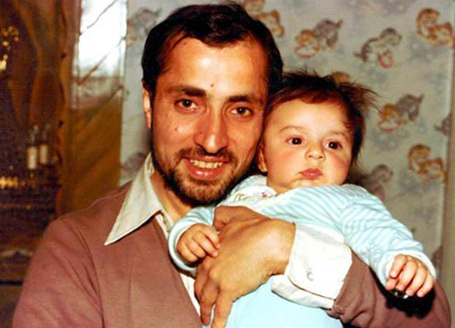 Mahmood Ghandi was born on August 29, 1944 in a religious family in Tehran and received his primary and secondary education there. He earned his high-school diploma with an average score of 19.80. He completed his MA in Electromechanical Engineering at the University of Tehran in 1966. Due to the lack of higher degrees in the field, Mahmood Ghandi travelled to the US to further his studies. Because he was always the top student, his expenses were covered by the university.

In 1971, Ghandi received his PhD degree in Electrical and Electronic Engineering. After returning to Iran, he began teaching at the Technical Faculty of the University of Tehran and the Faculty of Telecommunications.

Dr. Ghandi was one of Allameh Tabatabai's students. He participated Dr. Motahhari’s philosophy sessions, which were held at Marvi School and then at Dr. Motahhari’s house due to the tight restrictions by the Shah regime. On the advice of his teachers, he began to study Principles of Jurisprudence under Ayatollah Mojtahedi, one of the most knowledgeable mujtahids in Tehran. In this class, as in all the places where Ghandi had taught or studied, his talent had dazzled all the participants.

At the height of the Islamic Revolution, Dr. Ghandi was imprisoned along with two of his friends for distributing Imam Khomeini’s messages. He began his political activities in the Islamic Library of the Faculty of Engineering and continued his activities in the US, where he helped co-found the Muslim Student Association of the US and Canada (MSA). In the same years, together with Dr. Chamran and several others, they wrote the statute of the MSA. Before the victory of the Islamic Revolution, he was very active in printing and distributing leaflets with his friends.

After the victory of the Islamic Revolution, he was effective in establishing the Islamic Academic Society in universities. He was appointed as the head of the Faculty of Telecommunications and then the Ministry of Post, Telegraph and Telephone by the Revolutionary Council.

Dr. Ghandi was killed on June 28, 1981 after MeK bombed the headquarters of Islamic Republican Party in Sarcheshmeh Street, Tehran.