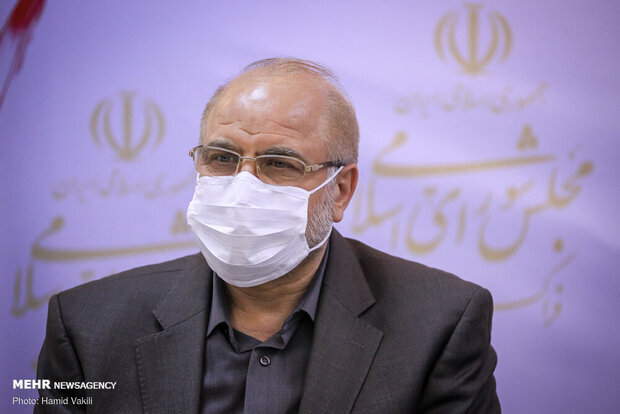 Mohammad Bagher Ghalibaf, the speaker of Iran’s Parliament, on Thursday denounced the terror attacks in Baghdad which killed and wounded a number of civilians.

In a message to his Iraqi counterpart Mohammed al-Halbousi, Ghalibaf expressed his worries and said, “I was saddened to hear about the terror acts in Baghdad and death and injury of a number of Baghdad citizens."

Ghalibaf strongly condemned the attacks and said, "I denounce the terrorist and anti-human attacks, I pray for forgiveness of the dead and swift recovery for the wounded and patience for the bereaved families."

He further noted that Iran will continue to cooperate and strongly support Iraq in the fight against terrorism.

The speaker underlined readiness of the Iranian Parliament for full cooperation with the Iraqi government to provide the legal basis for the fight against the evil phenomenon of terrorism.

Stressing the sympathy of the Iranian people and government to the government and people of Iraq, Khatibzadeh added, “Takfiri terrorism has once again targeted Iraq and intends to disrupt the peace and stability of it to provide a pretext for the foreign presence there.”

Khatibzadeh noted that Iran supports the Iraqi government, stability, and unity, as well as the measures taken by the Iraqi security forces, to restore security and arrest the perpetrators and to root out Takfiri ideology.

According to Iraqi media, 32 were killed and 100 others injured during the twin suicide attacks in Baghdad on Thursday.