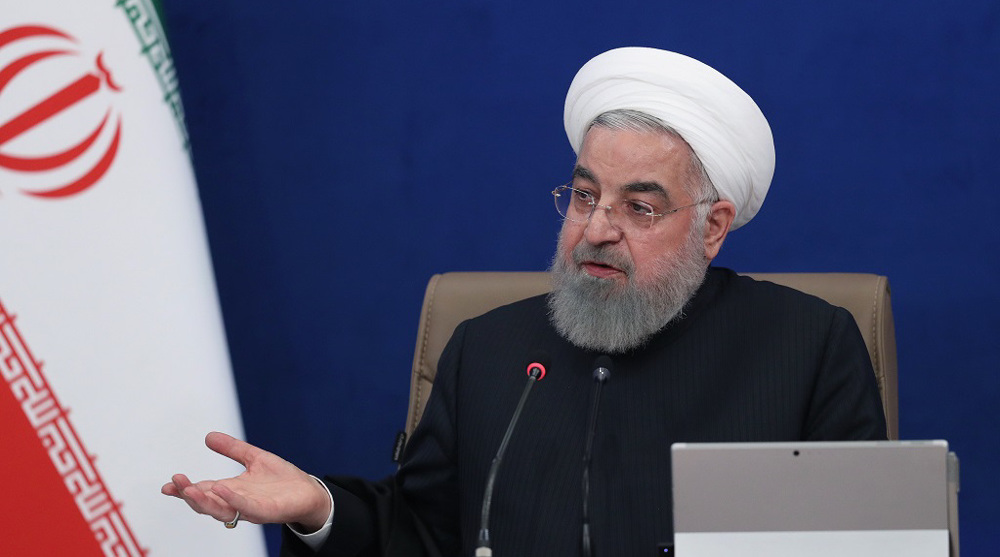 “We had [never before] seen a US president explicitly announcing that he had assassinated a senior military commander who was a guest in a third country,” Rouhani told a cabinet meeting in Tehran on Wednesday.

“With what this stupid terrorist did, ‘state terrorism’ was inscribed on the forehead of the United States. Today is the end of the political life of the individual who violated international law and [US] obligations for four years,” Rouhani added.

General Soleimani, the commander of the Quds Force of Iran’s Islamic Revolution Guards Corps (IRGC), and his Iraqi trenchmate Abu Mahdi al-Muhandis, the deputy head of the Popular Mobilization Units, were assassinated along with their companions in a US terror drone strike near Baghdad International Airport on January 3.

Both commanders were highly popular because of the key role they played in eliminating the Daesh Takfiri terrorist in the region, particularly in Iraq and Syria.