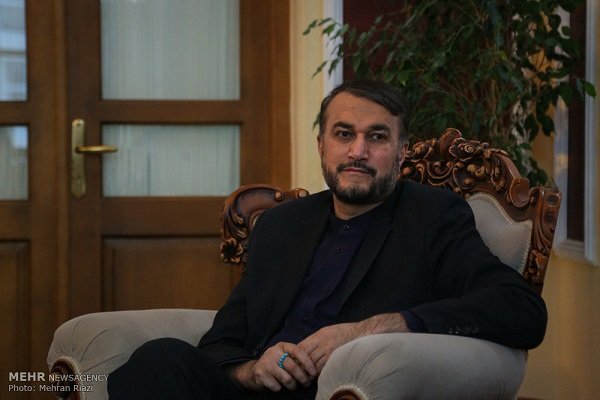 Hossein Amir Abdollahian, a senior foreign policy advisor to the Iranian Parliament speaker, has said that the Iranian people “know well” the terrorist leaders in the White House.

“Trump [U.S. President Donald Trump] cannot order assassination of international hero of the fight against terrorism (Dear General Soleimani) with one hand and with the other hand ask for shaking hands and holding talks with the Islamic Republic of Iran,” Abdollahian said in a message posted on his Instagram page.

In a tweet on Friday, Trump reiterated request for negotiation with Iran.

Foreign Minister Mohammad Javad Zarif said on Friday that Trump’s advisors, that now most of them have been dismissed, made a “dumb bet” by encouraging him to quit the 2015 nuclear deal, officially known as JCPOA.

“Your advisors—most fired by now—made a dumb bet,” Zarif tweeted.

Zarif added, “Up to you to decide *when* you want to fix it.”

The Iranian foreign minister told Trump that the JCPOA was working when he entered the White House.

“And we had a deal when you entered office. Iran & other JCPOA participants never left the table,” Zarif stated