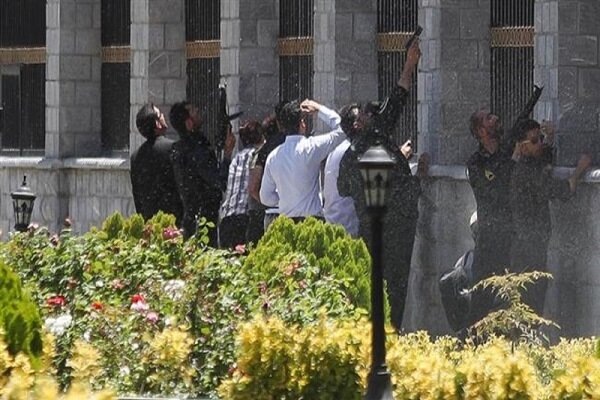 Iranian Foreign Ministry Spokesman Seyyed Abbas Mousavi reacted to the anniversary of the terrorist attack on the Iranian Parliament in 2017.

"With the support of the United States and the illusion of retaliation of the deadly blows incurred by the Resistance Front, under the commandership of Marty Lt. General Qassem Soleimani, terrorists attacked the central part of Iranian democracy i.e. Parliament and were annihilated at the beginning of the attack," Mousavi said on Saturday in a tweet on the occasion of the anniversary of the terrorist attack to the Iranian Parliament and also Imam Khomeini [RA] Mausoleum on June 7, 2017.

Two years later, the real heroes of the fight against terrorism were killed in a cowardly attack by claimants of fighting ISIL, Mousavi emphasized.

Two terrorist attacks were simultaneously carried out on June 7, 2017, by seven terrorists belonging to the Islamic State of Iraq and the Levant (ISIL) against the Iranian Parliament building and the Mausoleum of Imam Khomeini [RA], both in Tehran, Iran, leaving 17 civilians dead and 43 wounded.