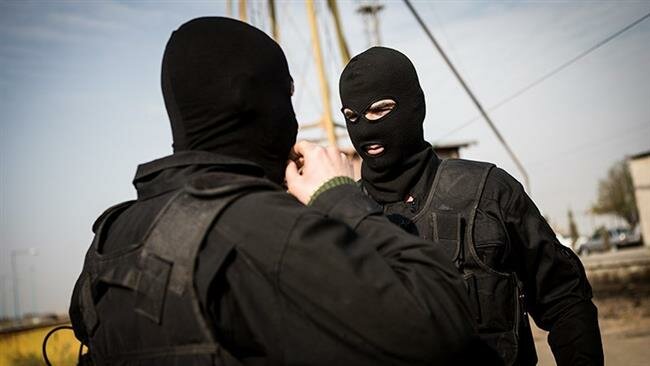 Iran's Intelligence Minister Mahmoud Alawi highlighted the achievements of the country’s security forces over the last Iranian calendar year (March 21, 2018 – March 20, 2019) and said 114 Takfiri terrorist teams were identified and disbanded during the period.
Over the past year, the intelligence forces managed to identify and smash 144 Takfiri terrorist teams, 116 cells linked to the terrorist Mojahedin-e Khalq Organization (MKO or MEK), 44 anti-revolutionary groups, and 380 drug rings, Alawi said, addressing a congregation of worshippers in Tehran on Friday.
He added that in the period, 188 operations by the mentioned groups have been thwarted, during the last of which, four culprits were arrested in southwestern parts of the country and 15,000 bullets of AK-47 weapons were captured from them.
The minister went on to say that the Islamic Republic’s intelligence forces have also identified and foiled hundreds of attempts by foreign intelligence services to employ people as spies.
Dozens of spies recruited by the foreign intelligence services have been identified in “the sensitive centers” of the country and have been referred to the Judiciary, Alawi said, adding that these moves by the Intelligence Ministry has astonished and confused the foreign spy agencies.