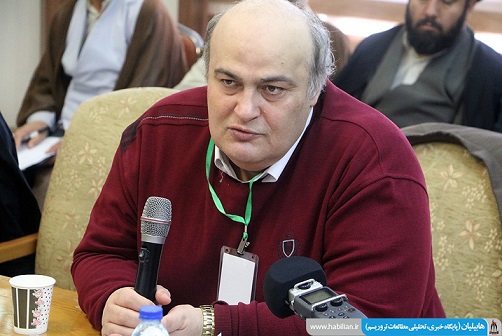 "The infamous Mujahedin-e Khalq organization members are the true descendants of Stalin." Said the representative of Iranian Jews at the Iranian Parliament."

Dr. Siamak Maresedq, Jewish member of Iranian Parliament, said terrorist groups are seeking to create divisions between divine religions in an interview with Habilian Association. "They seek to split the Iranian nation in different ways. Sometimes they highlight Shia and Sunni differences, sometimes ethnic, racial and linguistic, and sometimes religious varieties. What has greatly hurt such terrorists is the unity of the Iranian people. This is what damages the interests of arrogant powers, and they want to eliminate this unity in any way.” Continued the Iranian MP.

Regarding the terrorist Mujahedin-e Khalq organization’s claim to support religious minorities in Iran he said: "What I want to remind you is that the MKO are those who, in 1983, killed a Jewish woman who went shopping to the market in a bombing.”

The Iranian MP also said: "Basically, the MKO in Iran are an ended process who have no place among the Iranian people and attract no sympathy. Only a number of old people are left for them in a camp in Albania who are waiting to meet their deaths.”