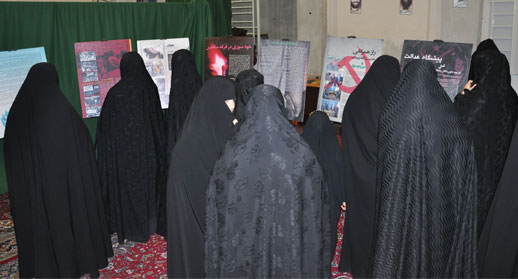 The purpose of the exhibition was to enlighten the visitors’ minds on hidden layers of new and old hypocrisies.

A variety of topics were covered in the 7-day event including: cultish trainings at the terrorist Mujahedin e-Khalq Organization (MEK, MKO, PMOI …), moral corruption of the cult’s leaders, MKO’s treasons during the Iraqi imposed war on Iran, MKO’s crimes including mass killing of Iraqi Kurds in the north and assassination of Shiites in the south of Iraq, allying with known terrorist groups, documents on MKO receiving money and weapons from Saddam, MKO’s brainwashing techniques, mandatory(ideologic!) divorces, spying on Iranian nuclear facilities, mortar attacks on facilities inside Iran by terrorist MKO, … . 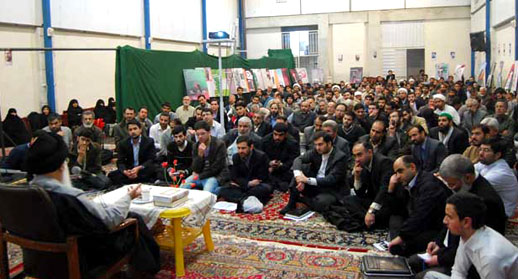 Another part of the exhibition included some posters on MKO’s crimes in the 2008 riots in Iran, MKO’s recruitment activities in universities, MKO’s dominance on Mousavi’s legal committee, MKO’s background and the similarities between the new and the old hypocrisies. 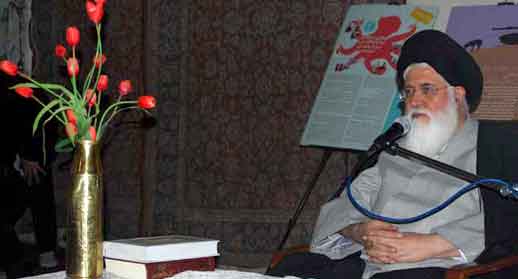 In the third day of the exhibition, Ayatollah Alamolhoda, the representative of Mashhad people at the Assembly of Experts, visited the exhibition and emphasized on the importance of maintaining the unity between the people and the authorities while addressing a number of cultural activists.

Some related Habilian products were also presented to the visitors during the event.