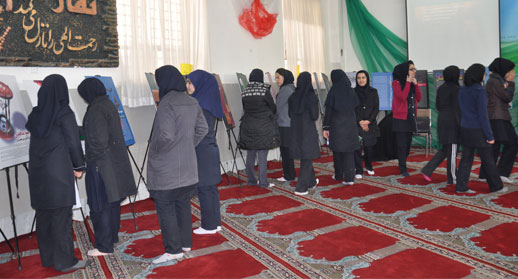 Widely welcomed by the students, the event included some posters with topics such as: Imam Khomeini’s guidelines for reacting to anti revolutionary terrorist groups, ethnic clashes, etc.

A review on American embassy takeover in Tehran (known as second revolution), the bombings in Islamic Republic party and its reflection in the international Media, Mujahedin e-Khalq organization’s penetration in to president Banisadr’s office, Keshmiri’s performance at the prime minister’s office, MKO’s infiltration to the courts, Toudeh party; from penetration up to the coup, a review on Nojeh coup, Shariatmadari and Muslim Arab people party, were among other issues discussed in the exhibition. 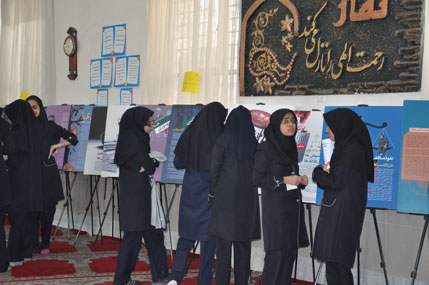 Another part of the exhibition included some posters with details on: deviant Hojjatieh Society’s record, terrorist Forqan group’s background and its activities, the riots supported by Ba’ath government of Iraq in Khuzestan province, 10 years of clashes in Kurdistan and the U.S support of terrorist groups, etc. 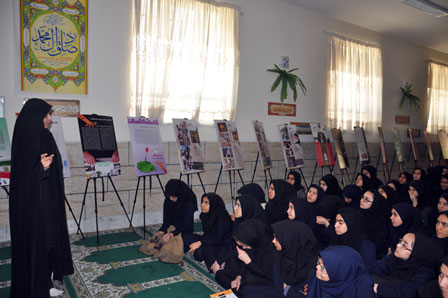 At the end, some relevant Habilian products including software, books and bulletins were provided to the visitors and Habilian experts were also present there to answer the questions raised by the exhibitors.