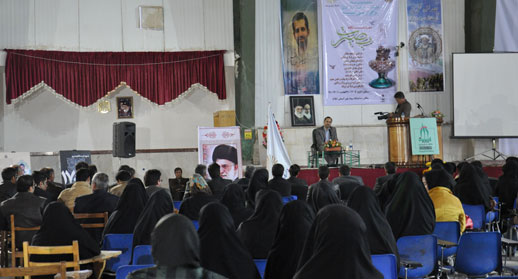 Various topics were reviewed during the event including: terrorist Mujahedin e-Khalq organization’s history, MKO and their relations with the Iraqi Ba’ath party, MKO’s inner ethnic relations, their role in the 2008 riots in Iran, an introduction to the terrorist PJAK group’s beliefs and deviations, etc.

Other parts of the exhibition were focused on issues such as: Torture techniques adopted by the MKO, Massoud Rajavi’s frauds and the MKO’s methods of brainwashing their own members.

Habilian Association’s Secretary General, Seyyed Mohammad Javad Hasheminejad addressed a number of students, professors, and families of terror martyrs at the opening ceremony of the exhibition. 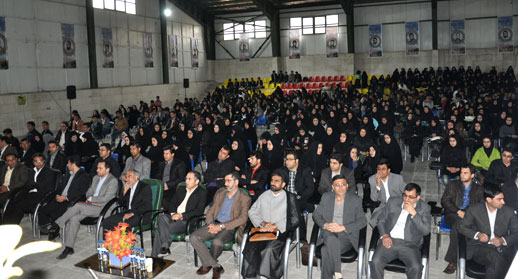 Habilian SG started with a review on the MKO’s historical treasons and crimes against the Iranian nation and continued with revealing MKO’s relations with the 2008 Green riots.

Seyyed Mohammad Javad Hasheminejad pointed out the terrorist MKO’s hostility towards the Islamic revolution since the beginning and included: the MKO tried to achieve its goals by penetration into governmental units and public societies but they failed due to the people fully supporting the Islamic revolution.

“People’s awareness led to elimination of the MKO inside the country but unfortunately we have witnessed the return of hypocrisy during some intervals since the MKO’s elimination.” He said. 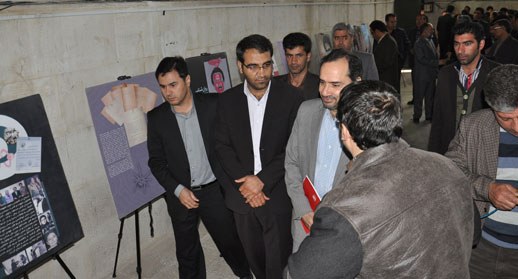 Hasheminejad reiterated: “when the global imperialism had planned to confront the Islamic revolution militarily, the MKO was at the front row of confronting the Islamic system.”

He continued: “When policy of global imperialism was to destruct the revolution from within, MKO was there again as a tool at the disposal of the imperialism.” 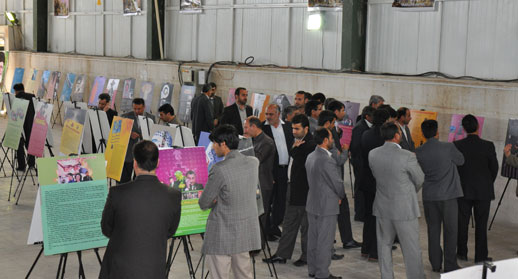 At the end, the head of Payam Noor university of Ilam appreciated Habilian Association for holding the exhibition.