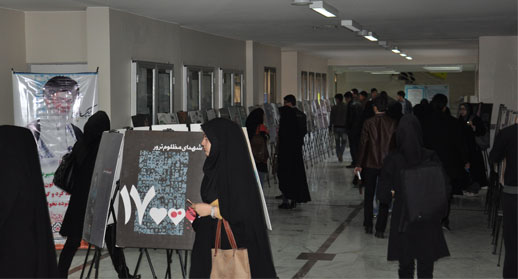 Organized by Habilian Association, the purpose of the exhibition was to inform the students on hypocrite anti Islamic republic opposition groups and terrorist organizations such as the Mujahedin e-Khalq (MEK, MKO, PMOI, … ).

Some of the topics covered during the event included: “New and old hypocrisies, MKO’s treasons before the revolution up to post-2008 election events in Iran, coordination and cooperation between anti Islamic revolution opposition groups. 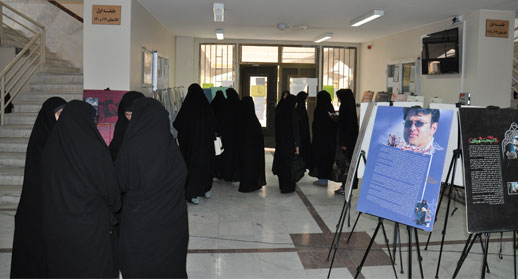 Details on the history of terrorist operations in Iran, violence and torture techniques adopted by the terrorist MKO, Massoud Rajavi’s deceptions and the cult’s methods of brainwashing its own members were also seen among the provided information via posters, books, software and other Habilian products. 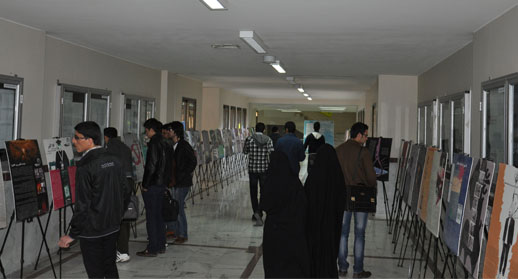 Another part of the exhibition was dedicated to pointing out the widespread moral corruption among the MKO members at Camp Ashraf, MKO’s treasons and their cooperation with Saddam during the Iraqi imposed war on Iran, mass killing of Iraqi people in the north and the south and suppression of their uprisings against the Ba’ath regime. 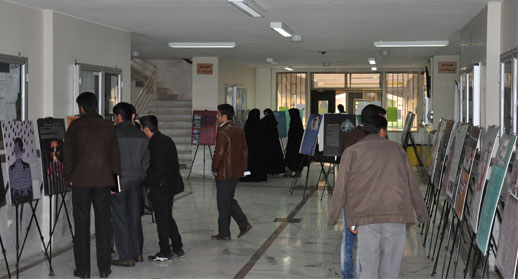 Performance of the so called ‘Green movement’ leaders in the 2008 post-election riots was also reviewed along with the way MKO was related to the riots, the confessions of some detained elements in the riots and behind the scenes of the so called Human Rights activities in Iran.

Habilian experts were also present at the event to answer the visitors' questions.