The Mujahedeen-e Khalq terrorist group has claimed responsibility for the assassination of a prayer leader in Rudsar, a city in and the capital of Rudsar County, Gilan Province in 1983.

According to Habilian Association database (Specialized Center of Research on the MKO's Crimes), the MKO terrorist group has made the confession in a news published in No. 137 of the Journal of Mujahid, the group’s main press organ during early years of the 80s.

According to the confession, on January 14, 1983, an operational unit of MKO in Gilan forests, in an ambush-style attack shot and killed Hojatolesm Abdolhossein Rezaei, Imam of Bibalan Mosque in Rudsar. Ambush-style attacks were among the common techniques of terror practiced by the MKO during the early years of the 80s. In the news, the importance of ambush-style attacks for Mujahedeen-e Khalq and tactics of assassination of targets in these operations are described. 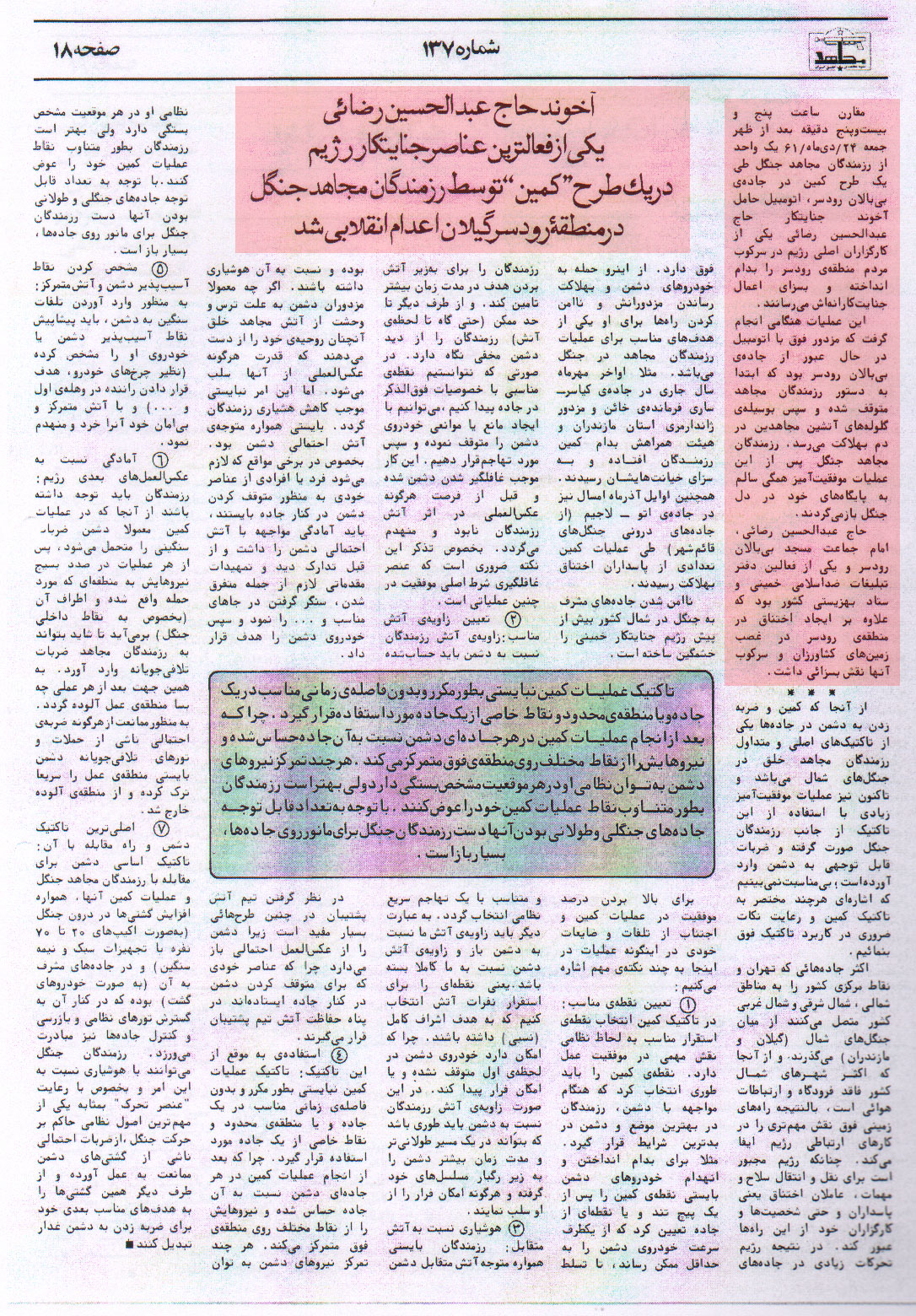