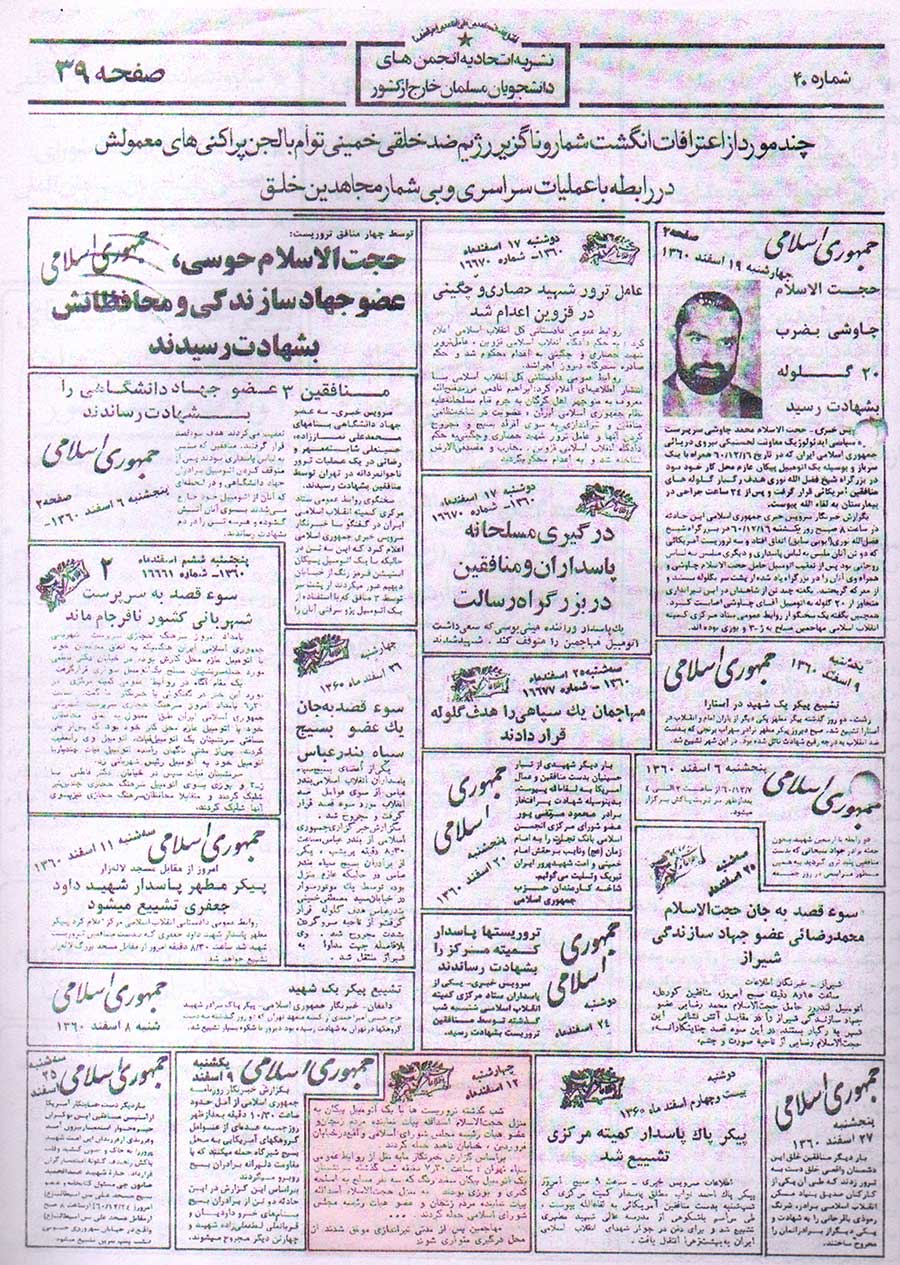 The Mujahedeen e-Khalq terrorist group has claimed responsibility for assassination of Hojatoleslam Bayat-Zanjani, former Iranian parliamenter and board member of Majlis, in 1982.

According to Habilian Association database (Specialized Center of Research on the MKO's Crimes), the MKO terrorist group has confessed to this crime in No. 40 of the Journal of Muslim Student Associations’ Union Abroad, one of the group’s press organs during early years of the 80s.

Among the news published in the Ettelaat that the MKO’s publication has referred to it as a document for its bravely operations, one refers to the assassination of Hojatoleslam Asadollah Bayat-Zanjani, former Iranian parliamenter and board member of Majlis. According to this news, on March 02, 1982, three assailants who were armed with Colt and Uzi, attack Bayat-Zanjani’s house and after opening fire, flee the place. Hojatoleslam Bayat-Zanjani was survived the attack.