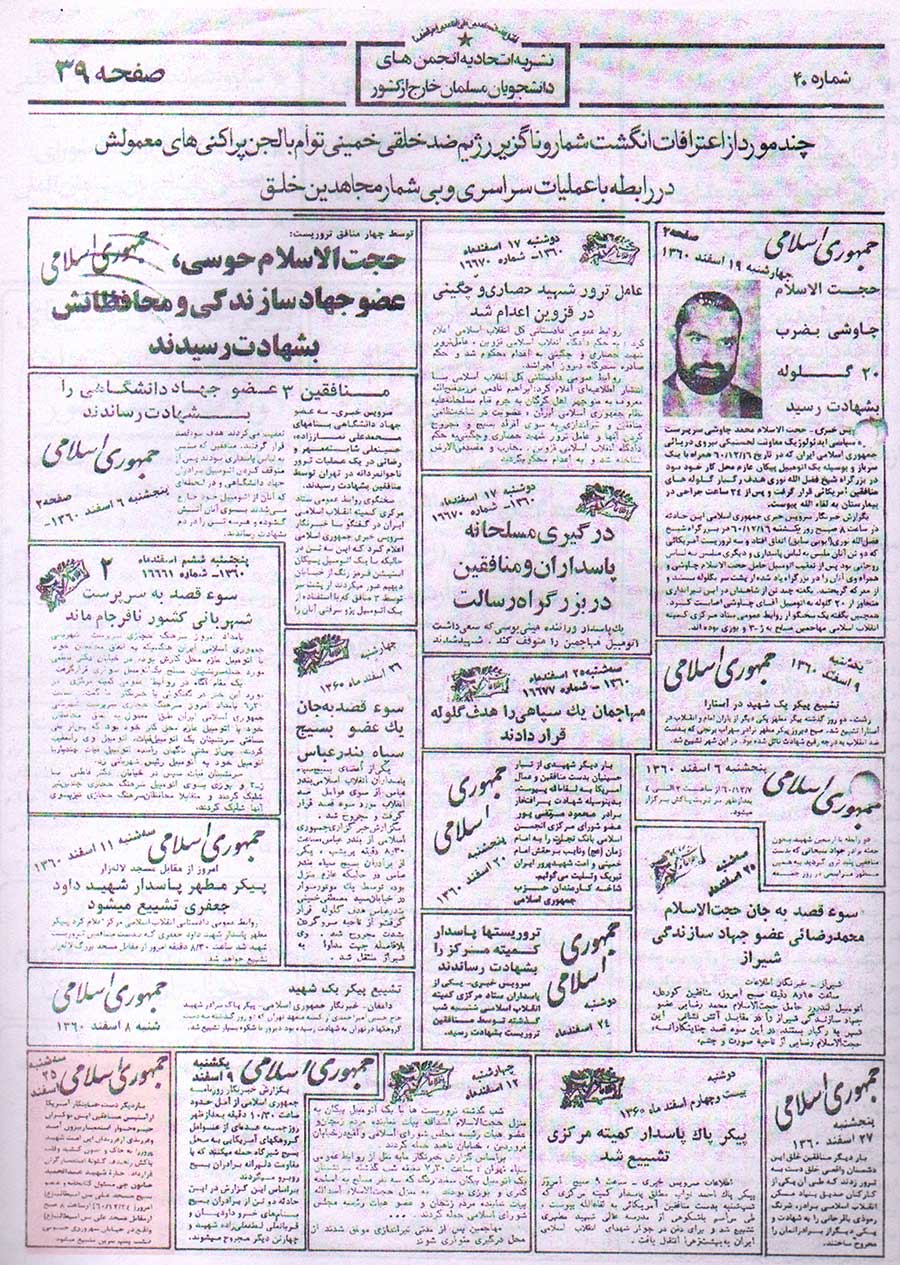 The Mujahedeen e-Khalq terrorist group has claimed responsibility for the assassination of a mosque's librarian in Tehran, in 1982.

Among the news published in the Jomhouri-e Eslami that the MKO’s publication has referred to it as a document for its bravely operations, one refers to assassination of Abdolhamid Saboonchi, a librarian and Basij member of Ali bin Abi Talib Mosque, in South Sohrevardi Street of Tehran. According to Habilian Association Database, the assassinated had been an 18 years old young man who was assassinated on March 13, 1982 by three MeK Members near the mosque.