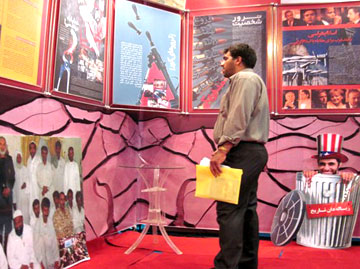 As the representative of the families of over 16000 terror victims in Iran, Habilian Association actively attended “Basirat” (meaning insight) in the city of Isfahan.

In this exhibition, as reported by Habilian Association database (database of the families of terror victims in Iran) which was held to the efforts of Iran’s ministry of defense Ideological and political department, Habilian Association also played a significant role in unveiling the true bloody face of MKO (a.k.a MEK, PMOI,NCRI…) terrorist cult as a major source of hypocrisy. 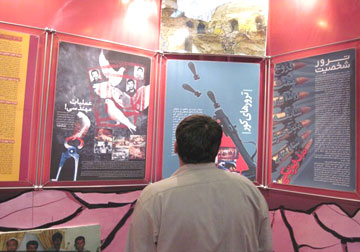 The exhibition consisted of different subjects including the role of Imam Khomeini and Ayatollah Khamenei in undoing the enemy conspiracies, the events after the last year presidential elections, the role of media, the issue of soft war and psychological operations, ethnicity and sectarianism, the risk of Wahhabism for the Islamic world, the danger of Israel, the threat posed to the Muslim community and the Islamic Revolution by terrorism and the necessity of finding political insight.

Being invited to the exhibition as a guest, Habilian Association presented its experiences and achievements in fighting against terrorism and made known to the public the issue of hypocrisy particularly that of MKO terrorist cult.

Meanwhile and in a speech to the exhibition, head of ideological and political department of Iran’s Armed Forces Aviation Industries Organization said: “after witnessing the last year events during and after the elections we decided to strengthen the role of awareness and insight for the people in Iran. 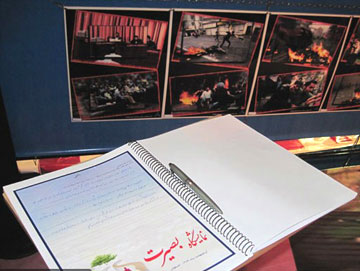 Hujjat al-Islam Mohammad Ranjbar continued: “In this regard we tried to make people familiar with the issue of soft war, Psychologist, The entity and the danger of the Zionist regime, Wahhabism threat to the Muslims world, the role of MKO in last year riots, the risk of terrorism for the Muslim world, America the Great Satan and the role of Imam Khomeini and the Supreme leader in undoing the conspiracies of enemies.”