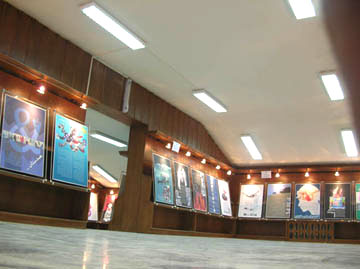 Iran; victim of terrorism was held in Fariman, birthplace of the exalted martyr Ayatollah Morteza Motahhari.

Being held by Habilian Association (families of over 16000 terror victims in Iran), the exhibition was aimed to make people of any range and class familiar with the crimes MKO and other terrorist groups such as “Forghan”, which was annihilated not so long after the establishment of the Islamic Republic in Iran, have so far committed against Iranian authorities and civilians. In this exhibition Forghan terrorist group was dealt with on the axes of “Its origin of ideology”, “their terrorist operations” and the thoughts they had in common with MKO terrorists. 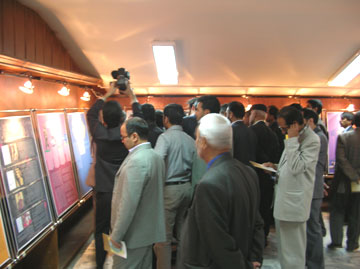 The unprecedentedly welcomed exhibition by the city administrators, people and academics, was also visited by Doctor Haddad Adel - head of the Cultural Committee of Parliament.

In a sideline seminar to the exhibition Doctor Haddad Adel talked about martyr Motahhari’s characteristics and his deep thoughts as well as his awareness and struggles to reveal the true nature of terrorist currents like MKO and Forghan which led to his martyrdom. 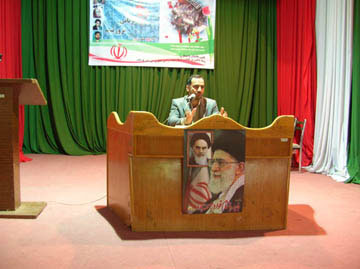 Elsewhere and in a gathering of Fariman’s people and authorities prior to the exhibition, Secretary General of Habilian Association counted out a part of martyr Motahhari’s moral features and his undeniable role in prevention of the Islamic Revolution from being deviated . Hasheminejad also talked about the reasons why Motahhari was targeted by terrorist groups.