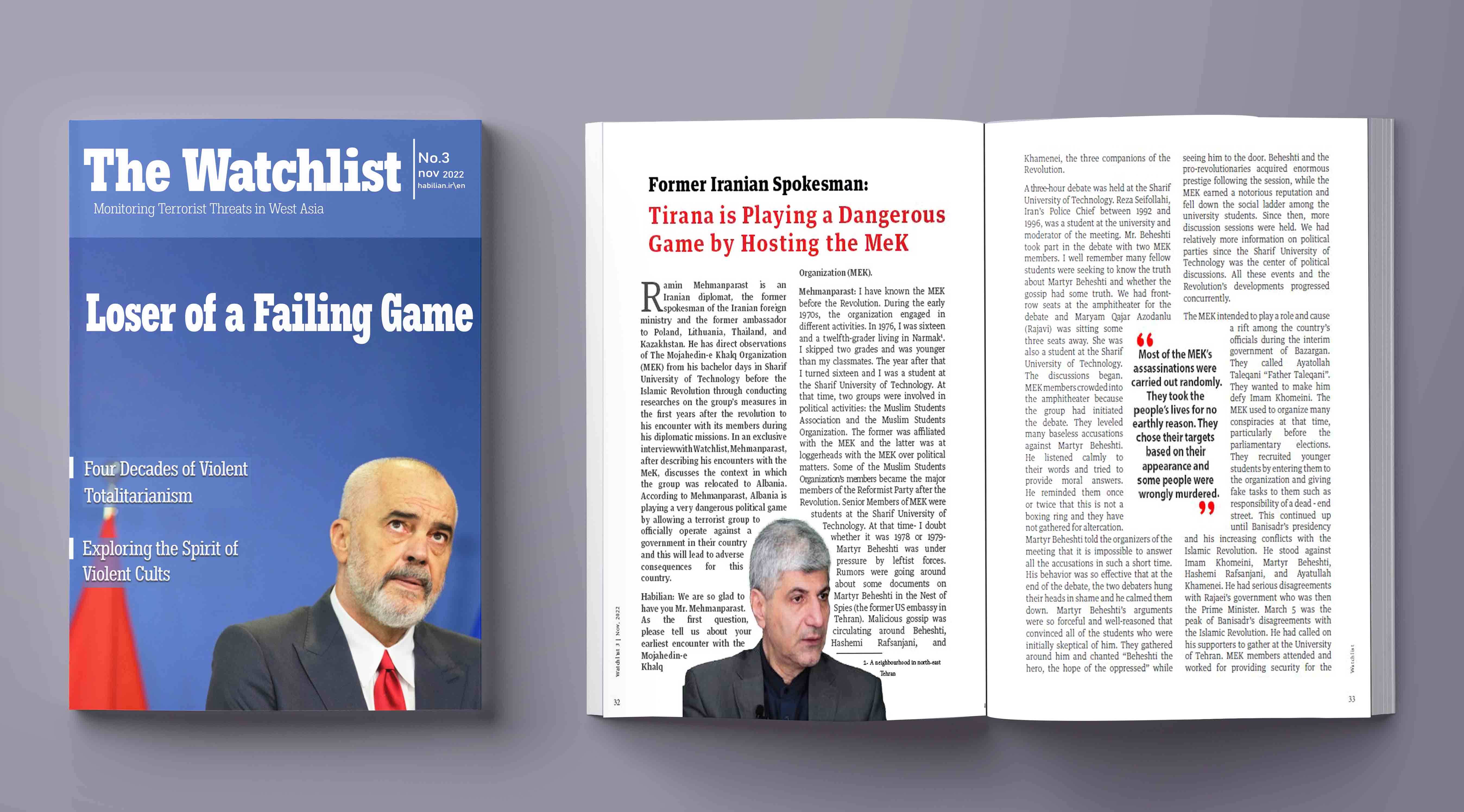 The third issue of The Watchlist, a quarterly produced by researchers at Habilian Association (Families of Iranian Victims of Terrorism), has been released covering a wide range of topics on terrorism and terrorist groups.

The editorial of this issue titled "Albania, the loser of a failing game" is written by Seyyed Mohammad Javad Hashminejad, Secretary General of Habilian Association. In addition, some articles about the MEK’s history of violence and how this group officially launched its campaigns of  assassination can also be seen in this quarterly. Included in this issue is a detailed interview with the former Iranian spokesman, Ramin Mehmanparast, in which he shared, among many things, his memories of his encounter with the MEK before the Islamic Revolution and warned Albania of the dangerous consequences of sheltering the group.

Among other contents of this issue are an article on comparison of several historical and contemporary violent cults, as well as introduction of a book written by Professor Steven Hassan, a leading American cult expert, where he mentions a few points about an anti-Iranian terrorist cult.

The targeted audience of this issue include researchers, journalists, political figures and all individuals with an interest in terrorism.

The quarterly can be accessed here.