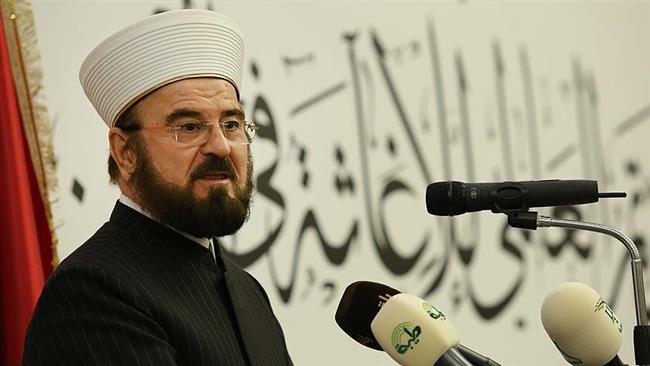 An international organization of Muslim scholars headquartered in Qatar says it would take legal action against Saudi Arabia and its allies after they included it in a terrorism blacklist, vowing to explore available means to have its name removed.

“These accusations against IUMS are baseless and we consider this attempt to weaken the leadership of an institution that represents 90,000 scholars and hundreds of millions of Muslims for political purposes unacceptable and illogical,” the group said.

The union added that it would pursue legal measures in Europe and the United States against the move, arguing that its reputation had been tarnished in the wake of the blacklisting by Saudi Arabia, the UAE, Egypt and Bahrain.

“There will be a legal request to the responsible authorities in America and Europe to file legal claims to restore and compensate for the harm they caused us because they damaged our reputation,” IUMS Secretary General Ali al-Qaradaghi commented.

He further said the organization would “not stay silent” and that the terror list was not recognized by the United Nations.

Saudi Arabia, the UAE, Bahrain and Egypt all cut off diplomatic ties with Qatar on June 5, after officially accusing it of “sponsoring terrorism.”

The administration of the Saudi-backed ex-Yemeni president, Abd Rabbuh Mansur Hadi, Libya, the Maldives, Djibouti, Senegal and the Comoros later joined the camp in ending diplomatic ties with Qatar. Jordan downgraded its diplomatic relations as well.

Qatar's Foreign Ministry later announced that the decisions to cut diplomatic ties were unjustified and based on false claims and assumptions.

On June 9, Qatar strongly dismissed allegations of supporting terrorism after the Saudi regime and its allies blacklisted dozens of individuals and entities purportedly associated with Doha.

“The recent joint statement issued by the Kingdom of Saudi Arabia, Bahrain, Egypt and the UAE regarding a ‘terror finance watch list’ once again reinforces baseless allegations that hold no foundation in fact,” the Qatari government said in a statement.

On June 23, Saudi Arabia and its allies released a 13-point list of demands, including the closure of Al Jazeera television network and downgrade of relations with Iran, in return for the normalization of diplomatic relations with Doha.

The document containing the demands by Saudi Arabia, Egypt, the UAE and Bahrain also asked Qatar to sever all ties with the Muslim Brotherhood and the Lebanese Hezbollah resistance movement.