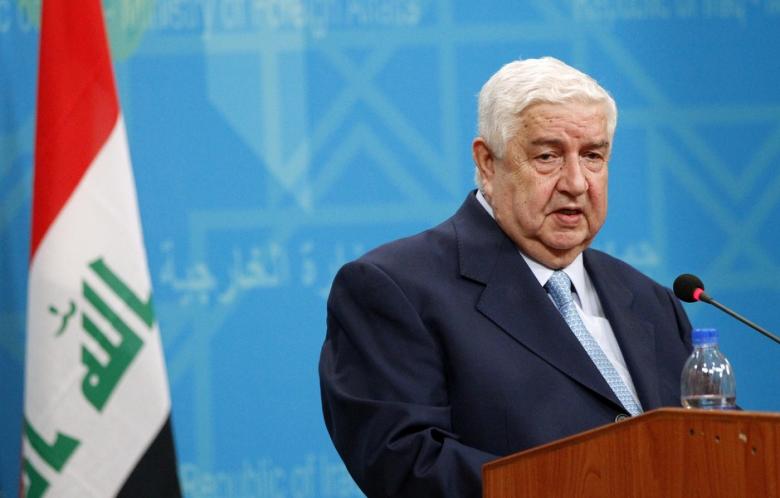 DAMASCUS, Jul. 02 (MNA) – Syrian Foreign and Expatriates Ministry stressed that the terrorist attacks on residential areas in Damascus and Daraa reveal the nature of the campaign launched by the US Administration departments and their terrorist tools in the region.

The Ministry also called upon the international community to unify counterterrorism efforts and punish states and parties which are involved in supporting terrorism.

The Ministry, in two identical letters addressed to the UN Secretary General and President of Security Council, stated that  “the armed terrorist groups on Sunday morning committed new criminal acts in Damascus city by sending 3 car bombs to inhibited neighborhoods. One of the cars exploded in al-Ghadir Square in Bab Touma, causing the death of  20 civilians and the injury of dozens of innocent women and children,” adding that the so-called ‘moderate armed groups also fired rocket and mortar shells on different neighborhoods of the Syrian capital.

It noted that over the past few days, the neighborhoods of Daraa city, including al-Kashef neighborhood, witnessed tens of terrorist attacks which claimed the lives of around 40 citizens, the majority of them were women and children, and injured more than 100 others, in addition to causing material damage to public and private properties, residential houses and the surrounding areas.

“No wonder that we have not heard a single word of condemnation from states which claim keenness on the Syrians’ lives and properties, including the office of the UN special envoy for Syria,” said the ministry.

It added that those terrorist bombings took place just few days before the next round of Astana meeting and Geneva talks and they were preceded by the recent U.S. threats including its fabricated and stupid allegations about Syria’s intentions to use chemical weapons.

Moreover, nobody can ignore the fact that the U.S political campaign sought to raise the deteriorating morale of the armed terrorist groups following the great achievements and victories made by the Syrian army and its allies against terrorists in order to restore security and stability to the whole country, not to mention that it is a clear call upon terrorist organizations to use chemical weapons, said the Ministry.

The Ministry reiterated that the international community should unify counterterrorism efforts, adding that there can be no justification under any pretext for turning a blind eye to the states and parties which train, harbor, fund and arm terrorists.

Attempts at covering up terrorists and those who support them flagrantly violate the UN’s Charter and UNSC resolutions on counterterrorism and pose a direct threat to the international security, it added.

The Ministry concluded by saying that time has come for the UNSC to take firm measures against those who support terrorist crimes.