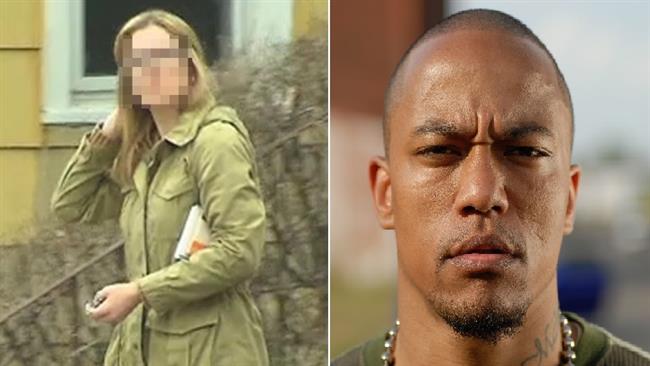 (PressTV)- An FBI employee, who was assigned to investigate a German member of the Daesh (ISIL) terror group, instead fled to Syria to marry him, according to a new report that exposes an embarrassing failure on part of America’s intelligence community.

Daniela Greene, who worked as a translator for the FBI, managed to hide her real whereabouts from the bureau and warned her rapper-turned-terrorist husband Denis Cuspert about the investigation, CNN reported on Tuesday.

Cuspert, also known as Deso Dogg, has been featured in many propaganda videos. Praising former al-Qaeda leader Osama bin Laden in a song, threatening former President Barack Obama with a throat-cutting gesture and holding a freshly severed human head are some of things he has done before ISIL’s camera.

American intelligence agency put him on the radar after finding out about his growing influence as an online recruiter, going by the name of Abu Talha al-Almani.

According to the report, Greene, 38, “seemed to realize she had made a terrible mistake” weeks after marrying Cuspert and returned to the US.

Greene was arrested upon arrival and charged with making false statements involving international terrorism. She pleaded guilty and received only two years in prison before being released last summer.

This is while, prosecutors had described Greene’s actions as “egregious,” deserving of “severe punishment.”

The FBI admitted to CNN in a statement that it had to take “several steps in a variety of areas to identify and reduce security vulnerabilities” as a result of the case.

John Kirby, former State Department spokesman (pictured below), said Greene’s conduct amounted to “a stunning embarrassment” for the bureau.
Assistant US Attorney Thomas Gillice said Greene had “violated the public trust” and “endangered our nation's security.” However, he said the rogue agent had been handed a lighter sentence because of her cooperation.

Greene traveled to Turkey in June 2014 and entered Syria through Gaziantep, a city located near the Syrian border.

The Pentagon announced in October 2015 that Cuspert was killed in an airstrike near Raqqah.

However, another statement in August 2016 said the initial assessment was incorrect and that Cuspert had “survived the airstrike.”