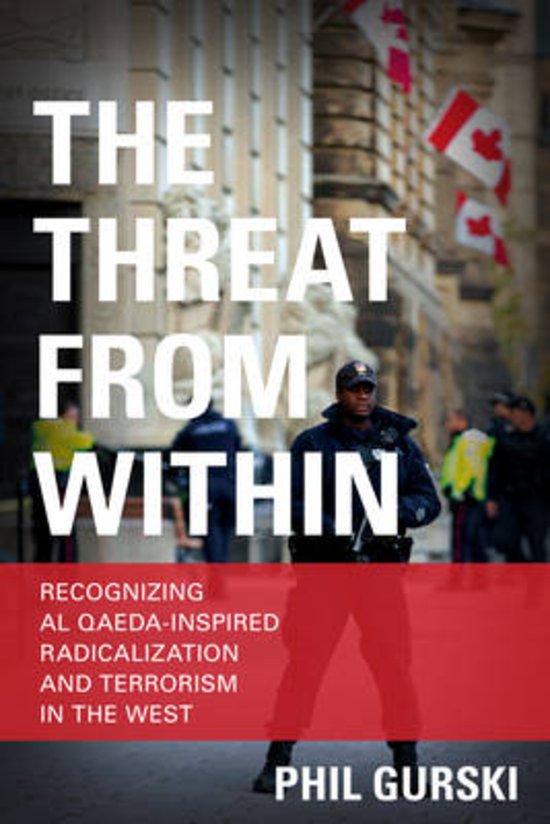 Phil Gurski served for more than 30 years as an analyst in the Canadian intelligence community, both in the RCMP and CSIS. He certainly is well qualified to express experienced and insightful views. The author is careful to note that all sources used in the book are public, so any potential reader looking for ‘new’ or ‘secret’ revelations may be disappointed, but should read the book anyway for its real value.
This well-annotated book is divided into 6 – actually 7 sections. Each section has an ‘overview’ and a ‘summary’. Some have Keypoints for added emphasis as well as a Discussion section. The author seems to use the old adage – “tell ’em what you are going to tell them; then tell ’em; then tell ’em what you have told them”. In fact, several of the sections might stand as ‘mini-books’ or the foundation for  expanded books in their own right. As such, the book is layered, with the introduction providing the reader with some understanding of the terms and definitions used by the author. Much attention is paid to distinctions between being a Muslem, Islam as religion, Islamic radicalism, and Al Qaeda-inspired radicalization and terrorism, the latter distinction being arguable to some. Nonetheless, the distinctions provide a good basis for what follows.
Early on the author dismisses the concept of the ‘lone wolf’ since it his conviction that no one simply wakes up one morning and decides to become a terrorist; there are always contextual factors, well-examined in ‘book three’ (Chapter 3).
‘Book one’ provides a commentary on the reputed ’causes and drivers’ of “Al Qaeda inspired terrorism in Canada”, demonstrating rather well that many of the ’causes and drivers’ attributed by others, simply do not adequately explain HOW some become radicalized and others do not. The author rejects the value of examining WHY someone becomes radicalized as less useful than understanding HOW a person becomes radicalized, and therefore demonstrates the total lack of value in the ‘root causes’ attribution.
‘Book two’ does a very good job of analysing some of the Islamic sources underlying radical (Al Qaeda/Islamic) thinking and seemingly clarifies some of the concepts which this reviewer has heard so-called experts apparently misinterpret; for example, the meaning of the term ‘Hijra’. Yet there are multiple sources that argue with the author’s interpreted meaning of the term as well.
‘Books three and four’ are perhaps the most useful for security practitioners. ‘Book three’ lays out 12 indicators in an almost progressive sequence of “Al Qaeda inspired radicalism and violence”. The list is a convincing assessment tool of ‘sufficient’, if not all ‘necessary’ conditions to identify the potential radical. ‘Book four’ then looks at “What do Radicalized Individuals and Groups Do” based on assessment of several Canadian event/cases, both domestic and international (i.e. those who seek to become foreign fighters). The potential for Al Qaeda inspired extremists to pose a threat to other countries is examined as well; in the North American context, the author sees it as a two-way street.
In looking at how Canadian society does/could deal with the radicalization/terrorism problem, the author notes that Canada and other countries as well use basically a three-step approach, with emphasis varying from country to country; security and law enforcement action; counter-radicalization; and deradicalization. The author notes that any use of these approaches is, and must be, culturally relevant and that ‘one size’ never fits all. And for some, nothing may work to persuade a person from a chosen course.
The final ‘book’ (Chapter 6) is the shortest and perhaps the most thought-provoking about the potential success in the ‘War on Terrorism’ (a deliberate misuse of the author’s point). Not only does one need to define ‘what is success’, but who/what is the target of the effort. Declaring ‘victory’ in a conventional war may be measurable; declaring victory in a ‘war’ against a ‘concept’ or ‘ideology’ is a very different thing.
As a student of security issues, one can wish that the scope of this book embraced a greater range of those who have become radicalized and oriented to terrorist actions such as the Tamil Tigers, the Khalistan movement or even the IRA with appropriate cultural adjustments.
Overall, a provocative and potentially very useful read.

Mr. Hay is Vice-Chair of the Board of Governors at the Mackenzie Institute. He is a semi-retired Business Executive, specializing in meeting facilitation, strategic planning, tactical planning and project management. He has extensive experience in the energy and mining industries, and has provided counsel on risk-based communications for Aboriginal affairs.