The Mujahedeen e-Khalq terrorist group has claimed responsibility for assault on a vehicle carrying IRGC forces in West Azerbaijan, in 1983.
According to Habilian Association database (Specialized Center of Research on the MKO's Crimes), the MKO terrorist group has made the confession in No. 147 of the Journal of Mujahid, group’s main press organ during early years of the 80s.
According to this news that the MKO’s publication has referred to it as a document for its bravely operations, on April 7, 1983, an operational unit of MKO in an ambushed style attack in Urmia-Salmas road assaulted a vehicle carrying IRGC forces. Based on the news, due to the attack, four members of IRGC forces and two clerics were killed. 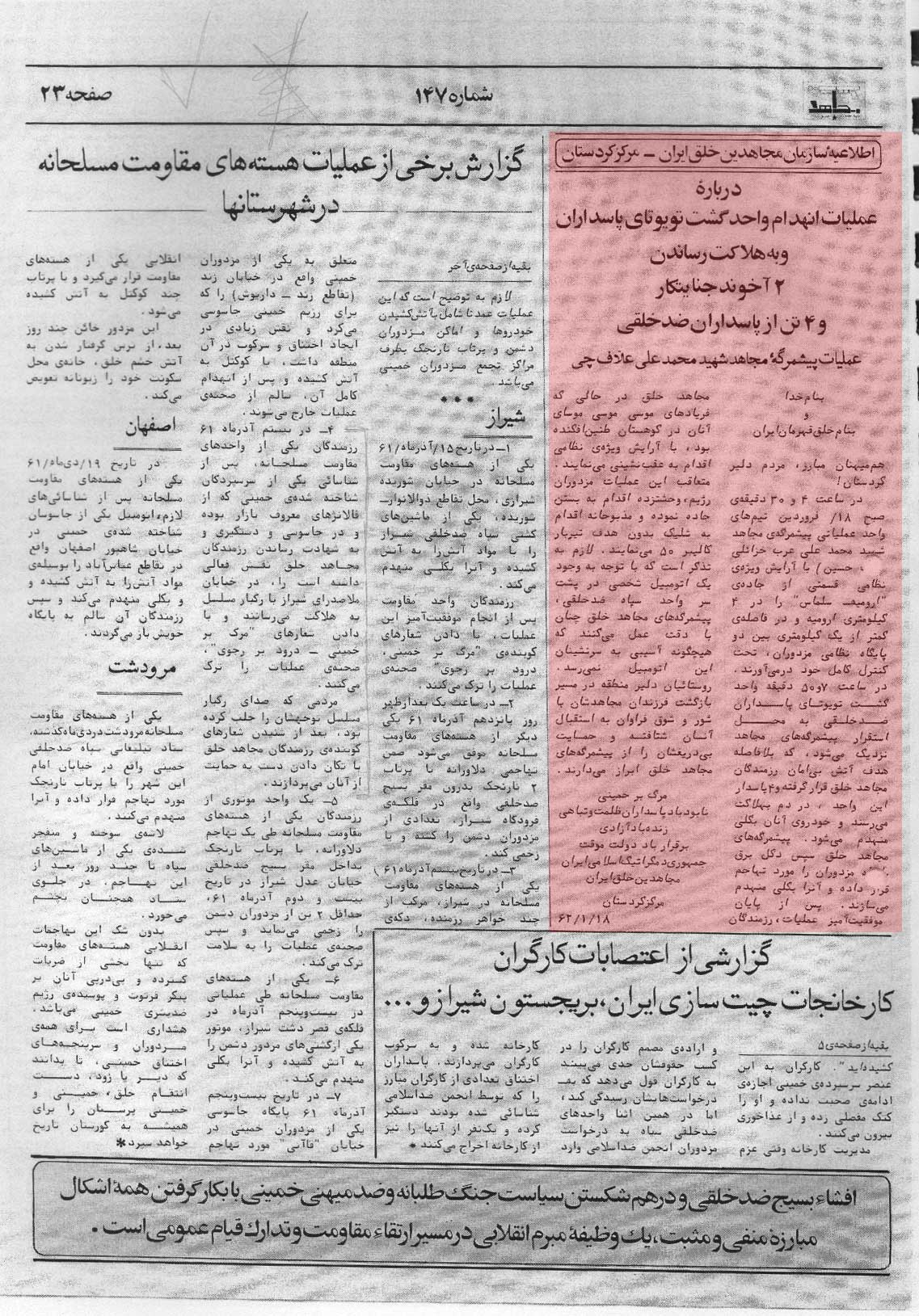