The Mujahedeen e-Khalq terrorist group has claimed responsibility for seven terrorist operations in Shiraz, in a twenty-day period of 1982.
According to Habilian Association database (Specialized Center of Research on the MKO's Crimes), the MKO terrorist group has made the confession in No. 147 of the Journal of Mujahid, the group’s main press organ during early years of the 80s.
According to this news that the MKO’s publication has referred to it as a document for its bravely operations, between Dec 6 and Dec 16, 1982, the group has conducted 7 terrorist operations in Shiraz that included: (1) blowing up a patrol car in Shoorideh Shirazi street on Dec 6; (2) assassinating “a number of” Basij volunteers in Froodgah Square on Dec 6; (3) destroying a Kiosk in Zand street by some female terrorists on Dec 11, on charges of spying for the government; (4) assassinating a salesman in Molla Sadra street on Dec 11, on charges of spying for the government; (5) assassinating “at least two” Basij volunteers in Adl street By throwing grenades into the Basij base on Dec 13; (6) blowing up a patrol motor cycle in Ghasr square on Dec 16; and (7) assaulting to a house of an unknown person in Ghaani street on Dec 16, on charges of spying for the government. 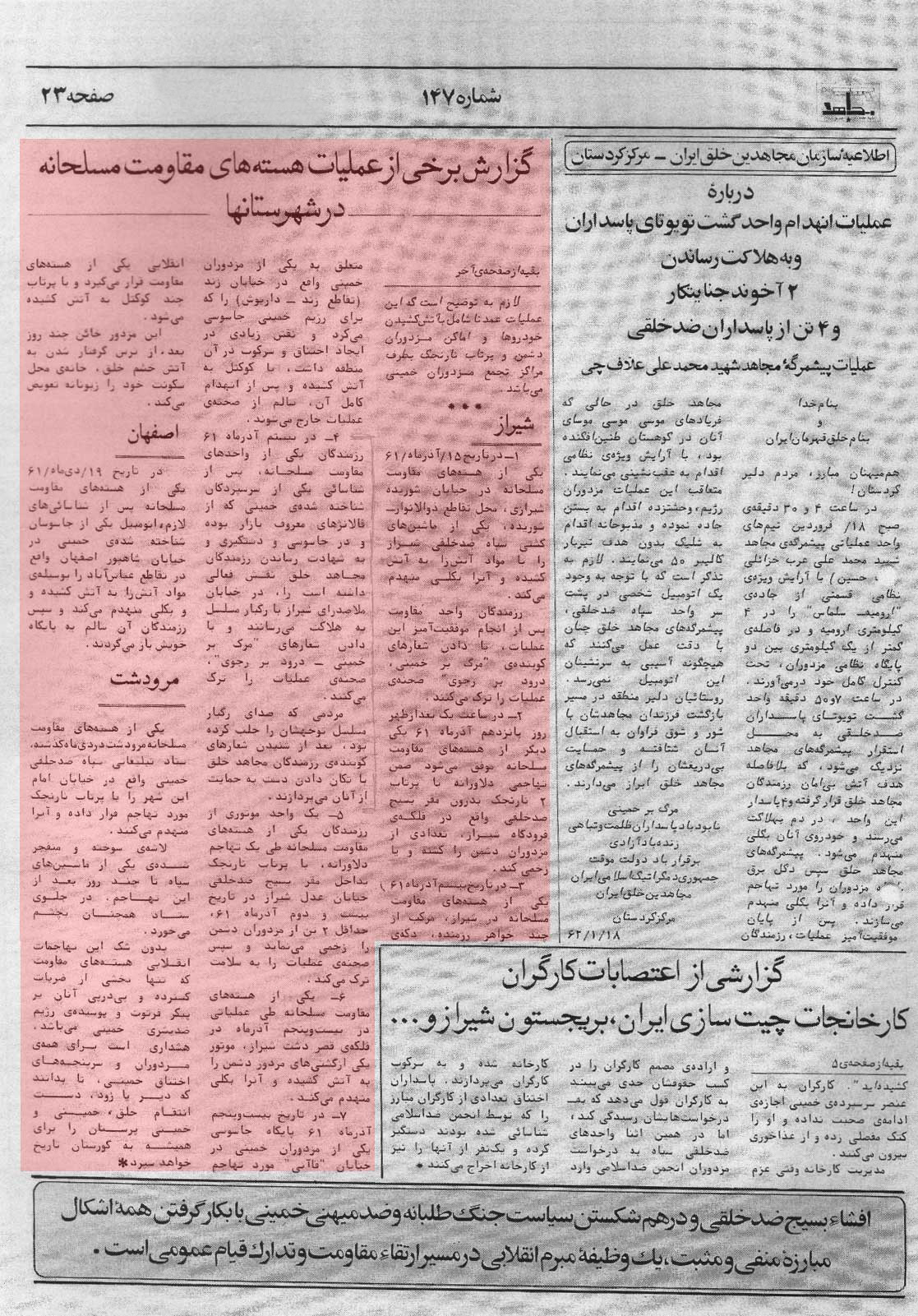