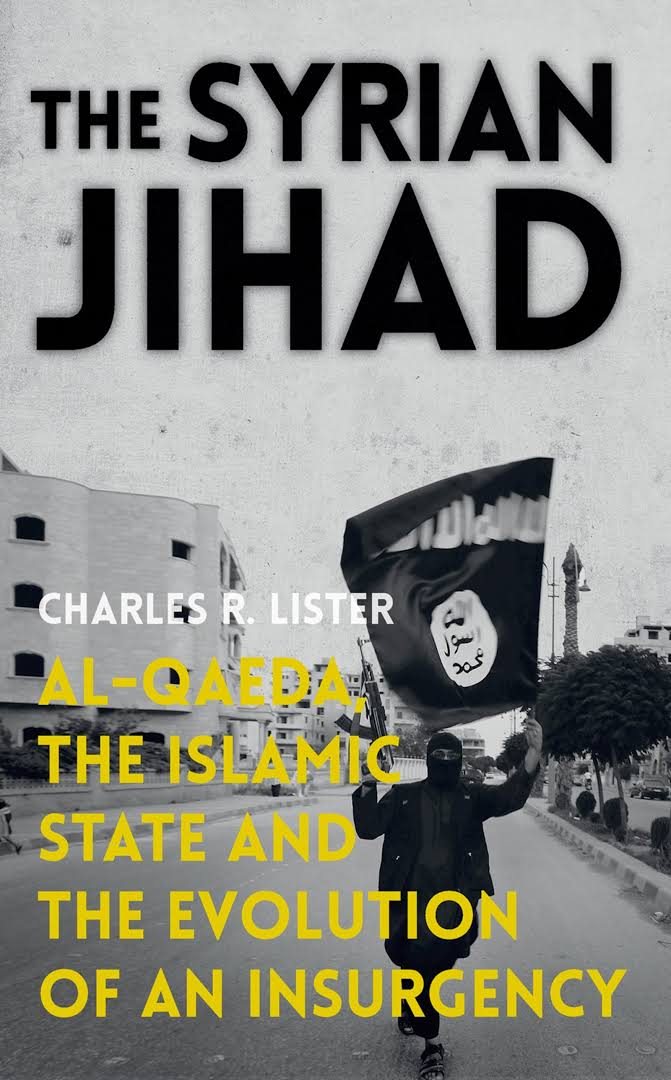 By 2011 and eruption of war in Syria, the very first blossoms of the terrorism seeds finally raised. The very first outcome for the supporters and founders of terrorist groups was suppression of a great ally of Islamic resistance and a key role of the region and also it was an opportunity for the supporters of terrorism to establish a foothold on the heart of the middle east. This situation was a great opportunity for the narrators to narrate the story, the way they like it to be.  The following text is a brief introduction to the book named The Syrian Jihad by Charles R. Lister published by Hurst publisher and Oxford University Press and yet, over 162000 copies have been sold.

Charles R. Lister is Resident Fellow at the Middle East Institute in Washington DC. Previously, he was a visiting fellow at the Brookings Institution’s Doha Center, and head of the Middle East and North Africa section at IHS Jane’s Terrorism and Insurgency Centre.

Recently, his work has been nearly exclusively focused on assessing the status of the conflict in Syria, especially the makeup of the anti-government insurgency and its various jihadi components. This has included a significant program of face-to-face engagement with the leadership of over 100 armed opposition groups from across the entire Syrian spectrum.

In The Syrian Jihad: Al-Qaeda, The Islamic State and the Evolution of an Insurgency, Charles Lister offers a comprehensive, detailed analysis that traces the ebb and flow of the conflict in Syria from March 2011 to September 2015 and its complex dynamics.

The Syrian Jihad is detailed and easy to grasp, offering a comprehensive account of the Syrian civil war and the complexities involved. It proves itself as an indispensable guide to the different jihadist groups, their governance structures and modes of operations, and how these have mutated over time. It will be invaluable to students of terrorism studies who are interested in understanding the various levels and patterns of individual mobilizations and motivations; changing war tactics; how regime responses can tilt the balance; and the future of jihadist militancy which, despite its survival, is hanging in the balance.

This book assesses and explains the emergence since 2011 of Sunni jihadist organizations in Syria’s fledgling insurgency charts their evolution and situates them within the global Islamist project. Unprecedented numbers of foreign fighters have joined such groups, who will almost certainly continue to host them. External factors are scrutinized, including the strategic and tactical lessons learned from other jihadist conflict zones and the complex interplay between al-Qaeda and the Islamic State and how it has influenced the jihadist sphere in Syria. Tensions between and conflict within such groups also feature in this indispensable volume.

Lister traces the beginnings of Syria’s troubles to its flirtation with jihadism, as the country’s leadership in Assad’s first years ‘established, exploited and attempted to manage extensive relationships with jihadist militants in order to export threats to its enemies, rather than face them at home’. Hence, the jihadist blowback in Syria came at great cost as it meant ‘manipulating the adversary’ and framing political prisoners, who were released by the hastily contrived presidential amnesties, in Islamist and extremist terms as a way of scoring cheap political points and also to ‘hire them indirectly in the direction of terrorism’. The dangerous flirtation with jihadism boomeranged as jihadists capitalized on the escalating violence, the relative weakness of the Syrian army and the failure of ‘moderate insurgents’ to consolidate their stronghold on Syrian territory.

In an interview Lister mentions a meeting with Ahrar al Sham terrorist group leaders which he calls a moderate Syrian opposition group. He also mentions links between some Ahrar al Sham key figures and Al Qaida who some of them are former Al Qaida members.

Here remains an unanswered question and that’s who benefits this situation and how is it possible to be in touch with an important meeting with the key terrorist figures and even their leaders who many of them are considered terrorist factors and participating in their meetings.