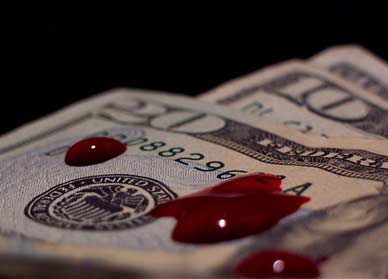 According to Habilian database, Laura Goldman in a report published on her blog conversed with several Iranian born experts on Iran about the terrorist Mujahedin-e Khalq Organization and their paid advocates among the US politicians.

Earlier this week, former Pennsylvania Gov. Ed Rendell acknowledged that the Treasury Department is investigating speaking fees he accepted to speak in support of MEK.

The American journalist said that all of the experts with whom he spoke are distressed that American politicians are advocating for the MEK, adding “they also doubt that the money paid to the politicos comes from the Iranian Diaspora because most expatriate Iranians do not support the MEK.”

Emphasizing that Mujahedin-e Khalq is a terrorist group, Rasool Nafisi, a Washington based Middle East expert, noted that MEK is a terrible dictatorship, whose culture requires complete worship of its leaders, Massoud and Maryam Rajavi.

“The Rajavis require complete subservience and strictly control the thinking, activities and dress of MEK members,” Nafisi added. “Members are punished if they try to leave.”

Nafisi said, "When the head of the Iraqi Secret Police was interrogated, he confessed that Saddam Hussein was giving the MEK $30 million a month, more than $350 million in total."