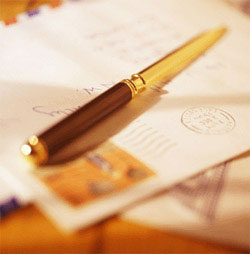 I got informed that 3000 captives ,who have been deprived of any right to have access to the internet , free world as well as society, family and the free Press , finally are going to be transferred and displaced from this garrison( Ashraf).

May be this will be a way out for them from the organizational dead end and I, as the former member of the pmoi commanding council ,am truly sorry that I see this organization is trying its best to force and compel its tyrant domination over international society according to their 30 years of experience of keeping people as captives in Iraq, in this regard I would like to draw attention of the United Nations High Commissioner for Refugees (UNHCR), the Iraqi government as well as the French government to the following topics:

1. The people’s Mujahedin Organization is trying its best to buy time by all means to keep those people in captivity as much as possible consequently I condemn any extra time giving to this cult because the leadership of this cult had enough time (eight years) to find safe places and residency for their members and during those eight yeas they could easily send those stranded members to the safe places but in stead we can see clearly that the only thing which the pmoi leadership did after the downfall of Saddam Hussein, was beating on the drums of scuffle and violence and preserving their organization and taking advantage of those captives in Ashraf and this situation has been continuing up to now. The trap which the pmoi leadership has enough experience about it specially in dealing with American forces, who besieged the garrison(Ashraf), they could preserve their tyrant organization and during these years they have been continuing the brainwashing of their members as well as keeping them as captives and continuing bloody scuffles with Iraqi forces.

I am urging you not to fall into the same trap which this organization has created for the Iraqi government as well as the UNHCR to keep those stranded members in captivity as much as possible. I am urging you to help those stranded members, who have been under severe brainwashing methods for years, by interviewing them individually. Their families have been under severe insults, abusive behaviors, and accusations by the pmoi operatives. These stranded members should be under supervision of their families or other humanitarian organizations to be treated from all those psychological and physical pressures.

2. During their stay in the new camp, I am urging you to deal with them like other refugees who have been living in your refugee camps throughout the world, and do not allow the pmoi leadership to take their control and continue brainwashing them like before and like the time which American forces were in charge of the camp , the pmoi leadership did not allow any families and others to enter and visit their loved ones and by this method, the pmoi leadership could preserve its horrifying organization. I am urging you to beget the conditions for those stranded members to have access to the internet, telephone, television, The Press, and The Post . Those members have been deprived of all those things for years and the only people who were allowed to have access to all those, were the commanders and high ranking members of this organization to have their communications with the headquarter of Maryam Rajavi in France to receive violent orders for using them against those members.

You should not allow the pmoi leadership to speak on the behalf of all those members again and they deprive those members of having access to the international institutions and humanitarian organizations and do not allow them to stablish their former organizational hierarchy again and do not allow them to continue their brainwashing and thought detection sessions so called Amaliyateh Jari (current mission) again to put more psychological pressure on the body and soul of all those members. In those sessions which are directly ordered by Massoud and Maryam Rajavi , the stranded members have been under severe psychological pressures which destroy their personality and trample their prestige and at the end of those sessions ,those members become as aimless and without will slaves in the hands of the pmoi leadership.

3. The humane rights of all those members inside the camp such as the right of marriage, the right of meeting and visiting their wife or husband and children should be officially recognized, and they should be allowed to have visitation with their loved ones outside of the camp as well without any interference of the pmoi operatives and leadership. The exerted forcible divorces should all be revoked and the divorced families should have the right to be reunited again. These people have not had any news about their families, friends and the outside world for years. First of all their health news should be given to the families urgently by the international institutions like the Red Cross , second of all they should have access to the telephone and mail to get in touch with their families as well, and third of all they should be allowed to have regular meetings and visitations with their families and beloved ones without the interference of the pmoi operatives and leadership.

4. As far as I know this cult and its leadership , I am completely sure that they will disrupt the United Nations program and its plan by having requests which does not have any similarity with the refugee criteria and standards and regulations which exist in UN and I warn you not to accept the pmoi leadership requests and instead you should carry out and implement your plan to free all those captives and hostages as soon as possible. You should not accept by no means that the pmoi leadership choose a representative or spokesman to speak on the behalf of all those members. The UN should be fully responsible for any displacement of the members and pmoi leadership should not interfere in this matter by giving UN the list of names with organizational hierarchy who want to be displaced to beget their organizational domination in the new camp once more . Any UNHCR retreat from these facts mentioned above will revive the pmoi leadership objectives which will beget unlawful and illogical requests to kill time and creating more obstacles and hurdles on the refugee path of all those members. For instance I can mention one of Maryam Rajavi’s recent requests that ¨the people who wants to be displaced to the new camp , they should transfer their vehicles to the new camp as well!¨ These kind of requests show that the pmoi leadership do not think about solving the problems of their members and their refugee cases and the only thing which they think about is relocating Ashraf camp as a whole to the new camp and create another Ashraf in there! First of all everybody knows that the real owner of those vehicles is Iraqi government ,second of all residing in other camp as refugee seekers which is under direct supervision of UNHCR, it is no need to have military cars and vehicles in there……….

For this reason the Iraqi officials should reiterate to them once more that the people who are going to be displaced from Ashraf to the new camp should take only their personal stuffs with them ,and these kind of requests from pmoi leadership shows their intention of putting obstacles and hurdles on the UN path and its plan.

5. As it is Chrystal clear that after the dead end of the pmoi strategy and its failure in Iraq , the pmoi leadership and its horrifying organization has concentrated and focused its activities in United States ,Europe , and specially in France and in this regard the Mayors of different cities in France such as Auvers sur Oise , Villepinte, Paris , Taverny , and some of the former members of the French assembly and the deans of the French universities have been under pmoi propaganda bombardment . I warn all French politicians about the pmoi headquarter in Auvers sur oise which is a very good place for both Massoud and Maryam Rajavi to continue their cultic life in there.