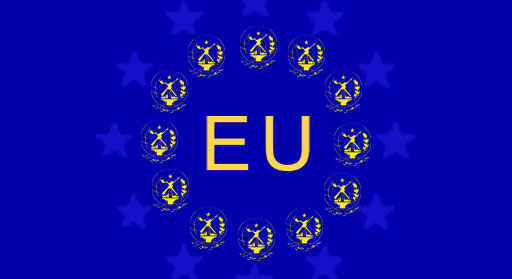 The developments took place at an EU foreign ministers' meeting in Brussels on Thursday.

French Foreign Minister Alain Juppe said that Greece, which relies on Iranian oil, had objected to a ban on buying it.

"Greece has put forward a number of reservations," Juppe said. "We have to take that into account."

Iran is a major energy exporters and presides of the Organization of Petroleum Exporting Countries (OPEC).

But, when a number of hawkish EU member states realized that they cannot sanction Iran's oil due to the opposition of several members and the serious repercussions of such a move on their own and the global economy, they started discussing support for the terrorist MKO to pressure Tehran.

The bloc is seeking to rescue the group's members who mostly reside in Northern Iraq. The MKO's main training camp, known as Camp Ashraf, houses about 3,400 MKO terrorists although many of them are dissident members who intend to defect the group and are kept in the camp despite their will.

Iraq has said Camp Ashraf must be closed by the end of this year.

EU foreign policy chief Catherine Ashton said after the meeting that she is "in discussion and dialogue" with EU member states, the UN, the US and the Iraqi government over the well-being of those living in Camp Ashraf.