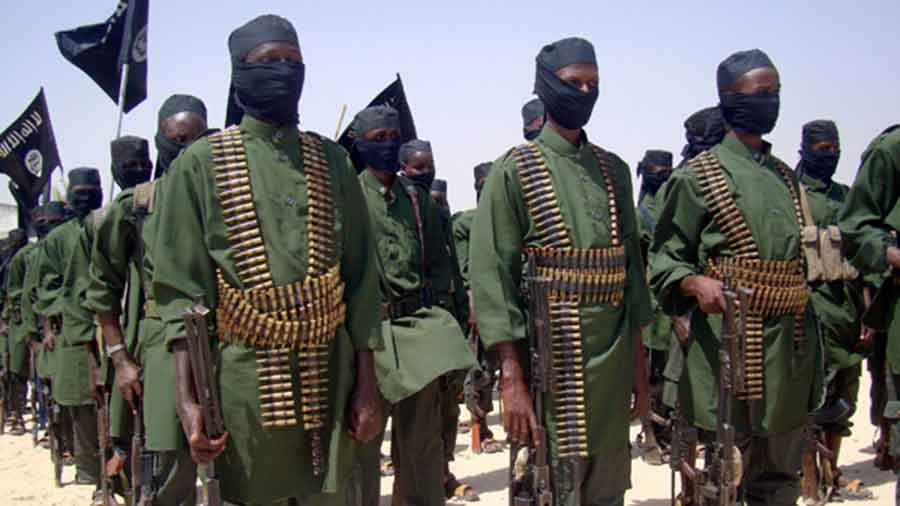 The tussle between IS and al-Qaeda is not just a battle for influence, resources and recruits in the context of the Jihadist movement in various parts of the world. The two terrorist groups are ideologically different and they also have differing perceptions of whom they see as their “enemies” and their operational tactics.

Africa’s Sahel, a region running across the breadth of the continent, between the Sahara in the north and the Sudanian Savanna in the south, has become the latest battleground in the ongoing war between the Islamic State and al-Qaeda. Just like the other conflicts that the two terrorist groups have been engaged in over the past few years, this latest battle is also for more influence, access to resources and potential recruits.

Why is there a tussle between IS and al-Qaeda?

The tussle between IS and al-Qaeda is not just a battle for influence, resources and recruits in the context of the Jihadist movement in various parts of the world. The two terrorist groups are ideologically different and they also have differing perceptions of whom they see as their “enemies” and their operational tactics.

The ideology of al-Qaeda is to overthrow and replace what it considered corrupt regimes in the Middle East who have engaged in apostasy, straying away from al-Qaeda’s interpretation of Islam. The al-Qaeda wants to replace these existing governments with those who conform to the group’s beliefs. The group’s operations are founded in eradicating the presence and influence of the United States in the region, a country that it considers to be the cause of instability and continued conflict in the Middle East, because of the diplomatic, military and economic operations that the US has engaged in, in the Middle East.

In contrast, the IS focuses on domestic “enemies”, a long list that includes religious minorities as well as competing jihadi groups. This list includes the Iraqi Shias, Hezbollah, the Yazidis in Iraqi-Kurdistan, Kurds elsewhere in Iraq and Syria, and other jihadi groups it considers to be its rivals. The Islamic State hopes to build just what its name suggests a state with a government where Muslims can live under the IS’s interpretation of the religion and law.

While the al-Qaeda’s operations and tactics have been more to shock the world with its terrorist activities, the IS which developed as a result of the civil wars in Syria and Iraq use terrorism to force civillians and territories into submission by using tactics such as rape, violence against women, public beheadings, kidnappings, torture, mass executions and destruction of private, public and heritage property. To achieve its goals, the IS uses tactics that it picked up through operations during the civil wars, and uses heavy artillery, large ground forces to invade and occupy new territory.

Why has their involvement in Africa’s Sahel come into focus now?

On May 7, in its weekly newspaper al-Naba, the IS accused al-Qaeda affiliate Jamaat Nusrat al-Islam wal-Muslimin (JNIM) in the Sahel of initiating conflict and mobilising large forces to attack IS positions in the West African countries of Mali and Burkina Faso, according to a BBC report.

Months earlier, reports began circulating claiming that IS and al-Qaeda had started cooperating with each other in the Sahel. The statement in al-Naba sought to dispel those rumours by criticising attacks on IS forces by al-Qaeda militants. IS claimed the JNIM had been increasing its forces on the ground to target the opposing terrorist group and was blocking fuel supplies from reaching IS in the region. Already facing an onslaught by the militaries of various African nations, along with French soldiers, the IS said the JNIM had been using the opportunity to target its opponents.

However, regarding the statement published in al-Naba, Katherine Zimmerman, a fellow at the American Enterprise Institute, a Washington D.C.-based think-tank, which focuses on global Salafi and Jihadi movements and counterterrorism, said: “It does not necessarily “contradict” the previous assessments that the two groups had been coordinating in the Sahel and data still supports that assessment. Actions speak louder than words, so the absence of media discussing their operations is not proof it wasn’t happening.”

Why has Africa’s Sahel become a battleground?

New territory for more recruits, influence and access to resources is not the only reason the African Sahel has become the latest battleground. Research on the operations of terrorist groups shows illegal armed groups intentionally seek out countries where there are high rates of poverty, corruption and religious and ethnic conflict. They also look for governments that are unable to curb the development and growth of illegal armed groups, such as these two terrorist organisations. Countries in the African Sahel have been battling their own challenges with high rates of poverty, corruption and ethnic conflict, making them vulnerable hunting grounds for groups like the IS and al-Qaeda.

This January, France president Emmanuel Macron met with leaders from the Sahel countries to discuss operations against the growing threat of Islamist miltants in West Africa. Despite the presence of troops from the Sahel nations as well as France, violence by Islamist militants against civilians and armies deployed in region have only increased. According to a BBC report, 2019 recorded the highest annual death toll due to armed conflict in the region in eight years. But the presence of Islamist militants have been recorded in the West African region for at least a decade. There are also concerns that the armed conflict and the influence of Islamist militant groups could spread to other parts of the continent if left uncontrolled.

The main armed groups in the Sahel are the Jama’a Nusrat ul-Islam wa al-Muslimin, the Islamic State Group in the Greater Sahara (ISGS), the Ansarul Islam, a militant Islamist group based in Burkina Faso and Mali, along with other armed groups with various political affiliations.

What impact has this had in Africa’s Sahel?

The presence of these militant Islamist groups have exacerbated the situation for civillians in the Sahel who had already been dealing with growing ethnic conflict and the chain reaction of climate change that has been hitting the pastoral communities the hardest. The conflict has also caused mass displacement of people and observers believe that the situation may only deteriorate in the coming years. In 2019 alone, the United Nations said that 5,60,000 people had been displaced in Burkina Faso, followed by approximately 2,00,000 in Mali and 1,86,000 in Niger.
Islamist militant groups in the Sahel and West Africa are also known to target schools, forcing the institutions to close. Many affected children are then used by these militant groups who engage them in forced labour, sexual exploitation and force them into joining these armed militant groups as child soldiers.