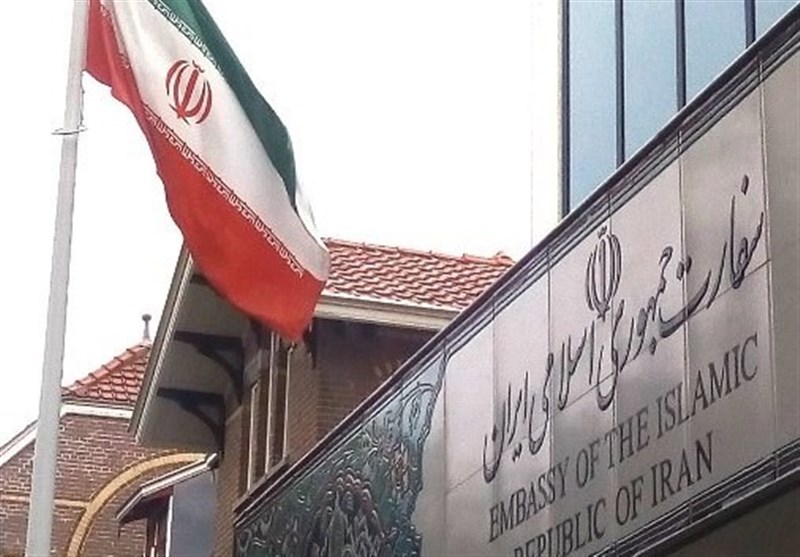 Iran’s ambassador to The Hague has called on high-ranking Dutch officials to preserve the security of Iranian diplomats and Tehran’s embassy in the European country after Iran’s embassy building came under attack on Wednesday.

The call by Alireza Jahangiri came after supporters of a terrorist group called Al-Ahvaziya attacked the Iranian embassy in The Hague on Wednesday afternoon.

The attackers gathered in front of the embassy building and chanted anti-Iran slogans and threw rocks and bottles. They also tried to climb the adjacent embassy building but were immediately arrested by the Dutch police.

The Dutch authorities regretted the attack and emphasized the necessity to safeguard the security of the representative offices and embassy staff.

Al-Ahvaziya is the same terrorist group that conducted a terrorist attack on a military parade in Ahvaz, capital of southwestern Khuzestan province, on September 22 while Iran was marking the start of the Sacred Defense Week against the Saddam invading Army. Dozens of civilians, including a 4-year old boy, were among those killed in the terrorist attack.

In a tweet on Thursday, Jahangiri wrote, “While Westerners act on the basis of unproven probabilities & fictitious assumptions, they easily ignore the obvious realities. The fact is EU hosts terrorist groups leaving them free for their illegitimate activities but acts against Iran on false assumptions & unapproved stories.”

The anti-Iran Mujahedin terrorist group (MKO/MEK) are also free in Europe. Last summer, they held their held their annual forum in Paris with the presence of Trump lawyer Rudy Giuliani, calling for regime change in Iran.

In a hostile move on Wednesday, the European Council said that it had added two Iranian individuals and the Directorate for Internal Security of the Iranian Intelligence Ministry to the EU’s “terrorist list” and froze their funds and other financial assets.

“These listings have been adopted by the Council as part of its response to recent foiled attacks on the European soil,” it added.

On Tuesday, Iran’s Foreign Minister Mohammad Javad Zarif slammed the EU sanctions and said they would “not absolve Europe of responsibility for harboring terrorists.”

The European Council press release came one day after Danish Foreign Minister Anders Samuelsen said that the EU had agreed to enact sanctions against "an Iranian Intelligence Service for its assassination plots on European soil."

Top Dutch diplomat Stef Blok also claimed that his country's secret service had "strong indications" that Iran was involved in the assassination of two Dutch nationals in 2015 and in 2017.

The remarks followed claims by French and Belgian police officials that they had disrupted a plot to conduct a bomb attack on an MKO meeting in Paris last June attended by Giuliani, and several former European and Arab ministers.

The MKO has carried out numerous attacks against Iranian civilians and officials over the past four decades and is listed as a terrorist organization by much of the international community. Out of the nearly 17,000 Iranians killed in terrorist assaults since the victory of the 1979 Islamic Revolution, about 12,000 have fallen victim to MKO’s acts of terror.

Israeli Prime Minister Benjamin Netanyahu admitted that the regime had been behind Europe’s row with Iran over murder plot allegations.

Tehran strongly denied any involvement in the purported plots, saying the accusations were merely intended to damage EU-Iran relations amid efforts to save the 2015 nuclear agreement following Washington's withdrawal.