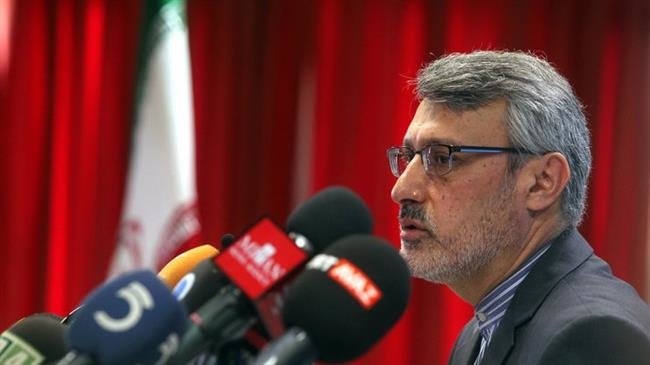 Tehran’s ambassador to the UK lambastes the European states for sheltering anti-Iran terror groups, and says giving freedom of activity to such notorious outfits does not constitute an example of political freedom.

Hamid Baeidinejad made the comments in a post on his Twitter account on Wednesday in reaction to the European Union’s recent move to blacklist two Iranians and a department of the Intelligence Ministry over what it calls links to “foiled attacks” in Europe.

Baeidinejad complained that Europe has turned into a shelter for such terrorist groups as the Mujahedin Khalq Organization (MKO).

“Unfortunately, European countries have become a safe haven and a shelter not only for the MKO, but also for representatives of new terrorist and separatist groups that are openly pursuing Iran’s disintegration,” he said.

Such outfits, he added, have been given an opportunity to freely hatch plots for terror attacks inside Iran and splitting the Islamic Republic, stressing that the Iranian nation does not consider such a policy as “a manifestation of political freedom.”

In a hostile move on Wednesday, the European Council said that it had added two Iranian individuals and the Directorate for Internal Security of the Iranian Intelligence Ministry to the EU’s “terrorist list” and froze their funds and other financial assets.

“These listings have been adopted by the Council as part of its response to recent foiled attacks on the European soil,” it added.

Iran's Foreign Minister Mohammad Javad Zarif  slammed the EU sanctions and said they would “not absolve Europe of responsibility for harboring terrorists.”

The European Council press release came one day after Danish Foreign Minister Anders Samuelsen said that the EU had agreed to enact sanctions against "an Iranian Intelligence Service for its assassination plots on European soil."

Top Dutch diplomat Stef Blok also claimed that his country's secret service had "strong indications" that Iran was involved in the assassination of two Dutch nationals in 2015 and in 2017.

The remarks followed claims by French and Belgian police officials that they had disrupted a plot to conduct a bomb attack on an MKO meeting in Paris last June attended by US President Donald Trump's lawyer, Rudy Giuliani, and several former European and Arab ministers.

Netanyaho & Pompeo are walking on air following the EU sanctions on 3 Iranian nationals & entity. Unsurprising. They and their puppet terrorist cults, given shelter in Europe are behind plots to torpedo Iran-Europe relations at this critical juncture. Doesn't EU know this? pic.twitter.com/QgFNDE0WPh

The MKO has carried out numerous attacks against Iranian civilians and government officials over the past three decades and is listed as a terrorist organization by much of the international community. Out of the nearly 17,000 Iranians killed in terrorist assaults since the victory of Iran’s 1979 Islamic Revolution, about 12,000 have fallen victim to MKO’s acts of terror.

France, Belgium, Germany Austria and Luxembourg were purported to have been involved in helping to foil the alleged plot and arrests were made across Europe.

Israeli Prime Minister Benjamin Netanyahu admitted that the regime had been behind Europe’s row with Iran over murder plot allegations.

Tehran strongly denied any involvement in the purported plots, saying the accusations were merely intended to damage EU-Iran relations amid efforts to save the 2015 nuclear agreement following Washington's withdrawal.