The Mujahedeen e-Khalq terrorist group has claimed responsibility for the assassination of Nahavandd’s Prosecutor in 1983.
According to Habilian Association database (Specialized Center of Research on the MKO's Crimes), the MKO terrorist group has made the confession in No. 182 of the Journal of Mujahid, the group’s main press organ during early years of the 80s.
According to this news that the MKO’s publication has referred to it as a document for its bravely operations, on December 5, 1983, an agent of MKO named Ezatollah Yousefzadeh entered Nahavand’s Prosecutor's Office and opened fire on Nahavandd’s Prosecutor Khosro Kazemi and his associates.
The news adds that in the aforementioned attack, in addition to the prosecutor, counselor Reza Jafarian; secretary of the court Asghar Seif; and one of to the prosecutor’s bodyguards were killed. 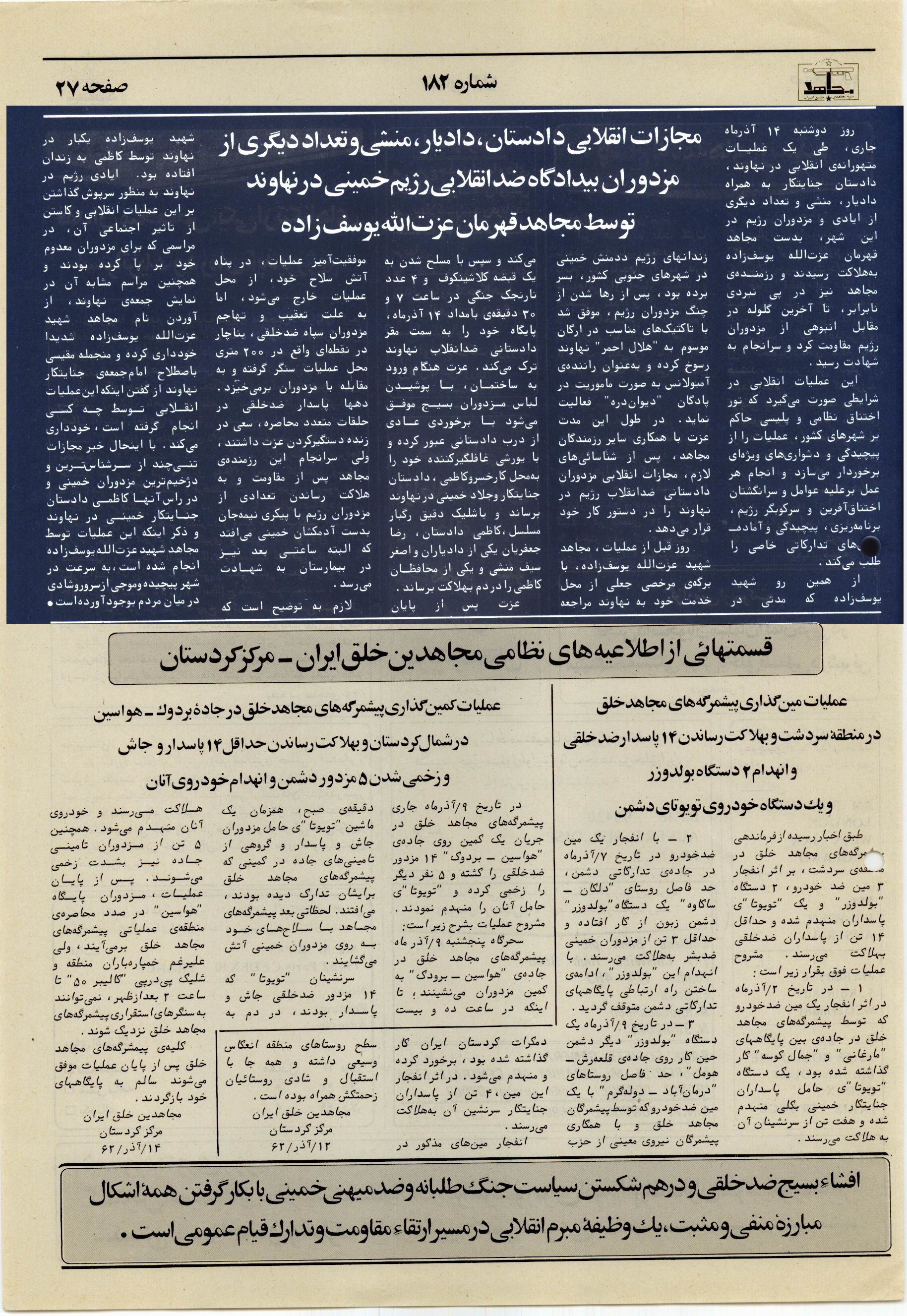