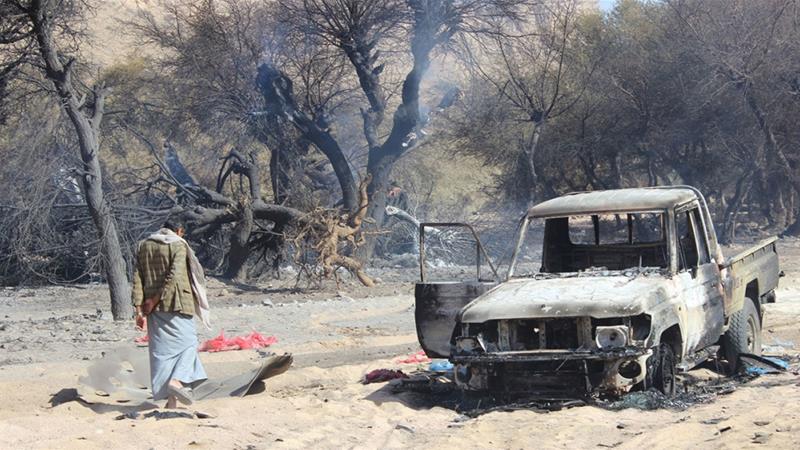 Doha, Qatar - The Executive Director of Human Rights Watch (HRW) has questioned Saudi Arabia's accusation of Qatar funding terrorism while the Kingdom itself continues to carry out "terrorism that is killing people in Yemen".

The conflict in Yemen has escalated dramatically since March 2015, when the Saudi-led forces launched a military operation against the rebels.

Since the conflict began, more than 10,000 people have been killed and millions have been driven from their homes.

"We don't talk about government terrorism such as the Saudi-led coalition that is killing people in Yemen," HRW's Kenneth Roth said at the Freedom of Expression, Facing up to the Threat conference in Qatar's capital Doha on Monday.

Yemen is also facing a health crisis, with the charity Oxfam reporting 360,000 suspected cases of cholera in the three months since the outbreak started in April.

On June 5, Saudi Arabia, Bahrain, the United Arab Emirates and Egypt cut ties with Qatar, accusing it of backing "extremism" and fostering ties with their Shia rival Iran. Qatar denies the claims.

Speakers at the conference criticised calls to shut down Al Jazeera Media Network, one of the 13 demands that the Saudi-led group had sent to Qatar through Kuwait.

Earlier this month, in an interview published by The Times newspaper, Noura al-Kaabi, the UAE minister for the federal national council, said the Emirates sought "fundamental change and restructuring" of Al Jazeera rather than to shut it.

While praising Al Jazeera for contributing to freedom of the press in the region, Mohammad Ali Alnsour, chief of Middle East and North Africa to the UN High Commissioner for Human Rights, criticised the Arab states for dealing with freedom of the press as a security threat for their governments.

"We must continue to speak truth to power even when it's inconvenient. We can all learn from how Al Jazeera stood up to the Saudi-led coalition. It did not wobble and neither should we," said Yearwood.