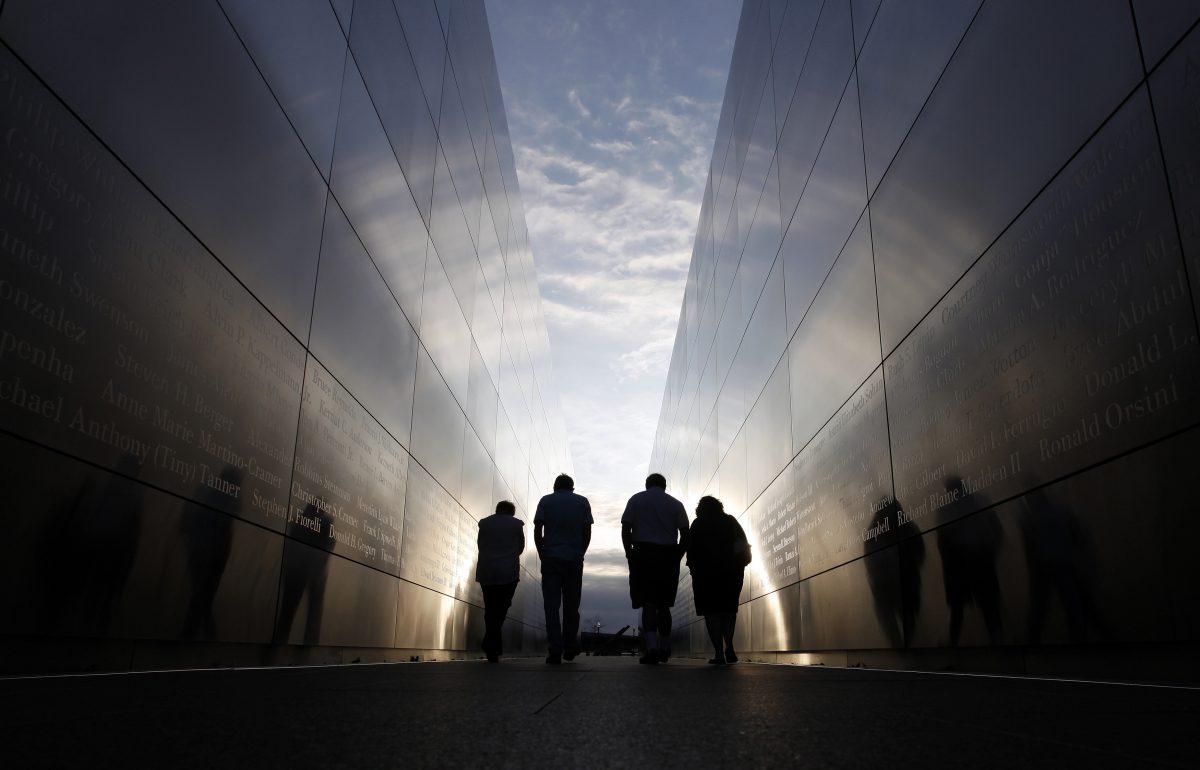 On a scale of one to seven — one being not at all and seven being very much — how similar do you think you are to a terrorist?
When Boston College researchers asked hundreds of students this question, they noticed that the ones who had been taught about terrorists found it easier to relate to them — an outlook that they say could help improve policy against terrorism.

Researchers of the study “Know Thy Enemy: Education About Terrorism Improves Social Attitudes Toward Terrorists,” which was published in the Journal of Experimental Psychology last month, concluded that the education system can be a tool to more effectively combat terrorism. This is pressing at a time when the word itself can provoke emotions that are counterproductive to progress, Jordan Theriault, a doctoral student and lead author of the study, said.

“We are probably never going to meet a terrorist in our day-to day-life, but we still vote and there’s a public discussion about what we should do about terrorism,” Theriault said. “[People] should be understanding what drives them.”
People in the U.S. hear variations of the word “terror” every day, both in media and politics. President Donald Trump since he was elected has used it at least 40 times publicly, most often in connection to people from other countries. His remarks underlie recent controversial executive actions, including a ban on people from seven predominantly Muslim countries traveling to the U.S., which was rejected by more than one judge.

“My administration is committed to your security, which is why we will continue to fight to take all necessary and legal action to keep terrorists, radical and dangerous extremists from ever entering our country,” Trump said in a recent weekly address after the court’s decision.

Experts say that people who only think about terrorism through the lens of political rhetoric might have a very specific type of person in mind when they hear the word — making it much harder to imagine a terrorist as someone who looks like them.

After Robert Dear opened fire at a Planned Parenthood clinic in 2015, killing three and injuring nine, he later murmured “no more baby parts” to investigators. Within two days a congressman said he didn’t think that Dear’s actions constituted terrorism; instead, he suggested they were part of a mental health crisis.

While that was one of many comments in a public debate about whether to call Dear a terrorist, it did not take experts funded by the Department of Homeland Security long to decide that he is.

The earliest days of terrorism
People have been trying to understand how to interpret terrorists and terrorism since the bloodiest phase of the French Revolution.

On September 5, 1793, France’s Revolutionary government decided that the only path to morality was to destroy its enemies through mass guillotine, making “terror” the order of the day — and introducing it to the political lexicon.

During a speech at the National Convention in 1794, the leader Maximilien de Robespierre, who was originally opposed to the death penalty and extremely liberal, justified what is now known as the Reign of Terror.

“Terror is nothing but prompt, severe, inflexible justice; it is therefore an emanation of virtue,” Robespierre said.

Journalist and political agitator François Noël Babeuf is credited for making the distinction during that period that therefore, the people who agreed with Robespierre were patriot “terrorists” supporting dictatorship.

By July, as many as many as 40,000 people had been killed through terrorism by the state. Then the government, tired of the bloodshed, executed Robespierre after overthrowing him and accusing him of terrorism.

As terrorism began to emerge in other countries like Russia and Bulgaria during the 19th century, so did an international debate on how to define it and the notion that it described attacks against the state, not by it.

Since then, scholars, organizations and government agencies across the world have created more than 260 definitions of “terrorism,” which have been chronicled by Alex Schmid, a research fellow at the think tank the International Centre for Counter-Terrorism. And debates continue about whether some historical figures, such as Gavrilo Princip who in 1914 assassinated Archduke Franz Ferdinand and his wife in Sarajewo leading up to World War I, are terrorists, heroes or something else entirely.
The United Nations has spent more than 20 years trying to form a consensus on what constitutes terrorism, but has yet to succeed. Sticking points are usually about conflicting national interests and unwillingness to change national legislative traditions.

Having sat in some of the meetings, Schmid noted during a presentation on terrorism at a symposium in 2014 that the political value of the term to individual nations continued to prevail over a legal definition that would make it universally punishable. He recently wrote in an email that his best short, legal definition that he proposed during the symposium was the, “peacetime equivalent of war crimes.”

But the political value in the U.S., as with other governments, is power, said UC Berkeley linguistics professor Robin Lakoff who wrote the book “Language of War,” which explains why it can be too hard to come to a consensus. It is in the government’s best interest to have a narrow definition that demonizes people from different countries as “others,” in part to give the illusion that the U.S. can protect citizens from them, she said, instilling a stereotype in their minds.

“We want terrorists to be a specific thing so if we run into one on the street we know he’s a terrorist because he looks a certain way,” said Lakoff, “because we like to think that the government can keep us safe.”

Can a white Christian be a terrorist?

Lakoff says the definition of terrorism will always be subjective and that it lies somewhere within crime and war, though the three words often overlap and can conflate one another.

Since former President George Bush declared the War on Terror after the September 11 attacks in 2001, people might only see terrorists as someone affiliated with well-known terrorist groups such as al-Qaida or the Islamic State. This hard-line definition can lead to preconceptions about what religions terrorists align with, languages they speak or the color of their skin.

And then it becomes a circular problem because, “the less you understand someone the more frightening they are,” Lakoff said.

“A white Christian guy can’t be a terrorist in some people’s eyes,” she said. “We don’t like to think that. We like to think that they’re weird-looking people with funny costumes from outside, speaking a language we don’t understand.”

That’s why so many people debated whether Dylann Roof, a white Christian, could be one. Roof called himself a white supremacist because, “our people are superior,” and killed nine black people at a church in Charleston, South Carolina, in 2015.

A national correspondent for the Washington Post wrote an article claiming he should not be called a terrorist.

But there is no reservation in the mind of an authority on the subject to call Roof or Planned Parenthood killer Dear terrorists; their ideologies are clear. Erin Miller is the program manager at the Global Terrorism Database, which is funded in part by the Department of Homeland Security and considered an authority across all lines of race, party affiliations and countries.

Miller and her team at the University of Maryland have compiled information about more than 150,000 terrorist attacks across the world between 1970 and 2015. Their numbers are often cited in leading news reports, as well as by the federal government. When it comes to labeling an act as terrorism, Miller said, “there are a lot of presumptions that people can make based on what the perpetrator’s social, cultural or national situation might be. We always try to avoid those.”

She says their definition of terrorism is fairly inclusive. For an act to be considered terrorism, it has to be an intentional act or threat of violence that also meets two of three additional stipulations. Those stipulations are that it has to be an act aimed at attaining a political, economic or religious goal; a violent act intended to coerce, intimidate or convey a larger message; and an act that precepts laws about armed conflicts. Using a broader definition makes it easier for people to search the database for specific criteria.

But there are still gray areas. For Miller, a different case in 2015 was too tough to call: when Craig Hicks in Chapel Hill, North Carolina, killed three Muslim students. Investigators said it was over a dispute about a parking spot, while their families maintain it was a hate crime.

Her team flagged the attack as unclear. In 2015, the database reported that 43 Americans in the U.S. died because of terrorist attacks. Together, Roof, Dear and Hicks were responsible for 15.

The Boston College researchers did not get into typologies, nor did they have the goal in mind of teaching tolerance.

Instead, they simply asked approximately 400 college students to imagine they had met someone belonging to a group that had carried out at least one terrorist attack. On a scale of one to seven, they were asked to rate their social affiliation, whether they would get along, whether they would interact, how similar they might be and their interest in terrorism.

Often, students who took a class on terrorism rated their potential similarities closer to a 3, while the students who hadn’t rated closer to 2.5. This difference was sustained across the board.

“[Terrorism] is a highly charged term and it tends to signal an extremely negative group and it comes with a lot of preconceptions,” Theriault said. “This could be disarming that sort of rhetorical use.”