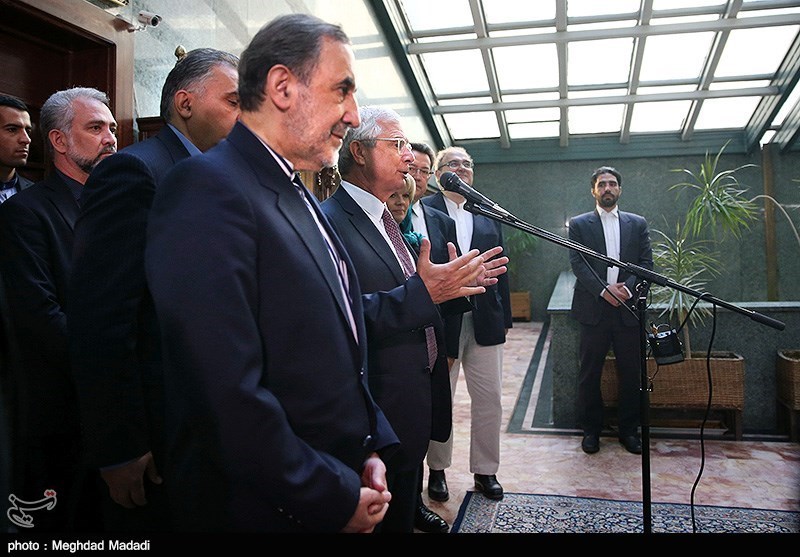 TEHRAN (Tasnim) – Given the fact that Tehran and Paris share common views on the fight against terrorism, they need to lay down a single standard to counter terrorism, Head of the Strategic Research Center of Iran's Expediency Council Ali Akbar Velayati said.

Speaking at a joint press conference with President of France’s National Assembly Claude Bartolone in Tehran on Wednesday, Velayati called for concerted action by Iran and France in the war on terrorism.

He also noted that members of the French delegation, led by Mr. Bartolone, have acknowledged Iran’s role as a powerful country in West Asia with close ties with the regional states.

They have called for cooperation with Tehran to restore security to the region, Velayati noted.

For his part, the top French lawmaker underlined that Paris wants Tehran to unleash its potential in the international arena after the Joint Comprehensive Plan of Action (JCPOA), a nuclear deal between Iran and the Group 5+1 (Russia, China, the US, Britain, France and Germany).

Bartolone was expected to visit Iran in mid-July, but postponed his trip after a terrorist attack in the southern French city of Nice on July 14.