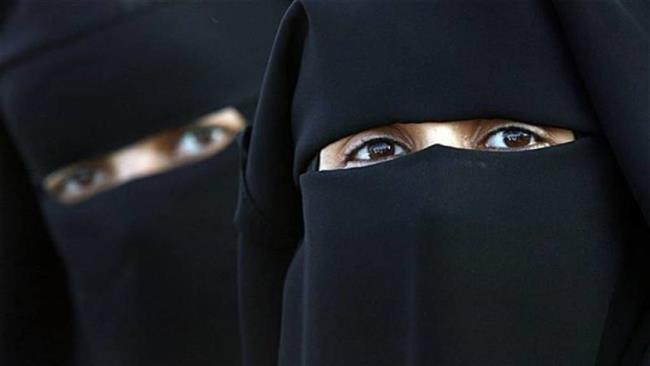 The Takfiri group had formerly made it mandatory for women to fully cover their bodies with a black veil, including their faces, during public appearances in Syria and Iraq. Women who disobeyed the orders usually faced severe punishments.

According to reports, Daesh has made a U-turn on its policy and banned women from wearing veils in its security and military facilities in Iraq’s Mosul.

The new rules follow the deaths of several high-ranking terrorist commanders who were attack by women wearing the garments.

Earlier in the month, reports surfaced that Daesh attacked some Syrian women wearing burqas citing that their eyes were too exposed.

The ban comes at a time of increasing controversy over the garment. Various European countries have either attempted to ban its use or are mulling its prohibition.

The northern and western parts of Iraq have been plagued by violence ever since Daesh terrorists mounted an offensive there more than two years ago. The militants have been committing crimes against all ethnic and religious communities in Iraq, including Shias, Sunnis, Kurds and Christians. The Iraqi army and volunteer fighters from the Popular Mobilization Units have been engaged in joint operations to retake militant-held regions.