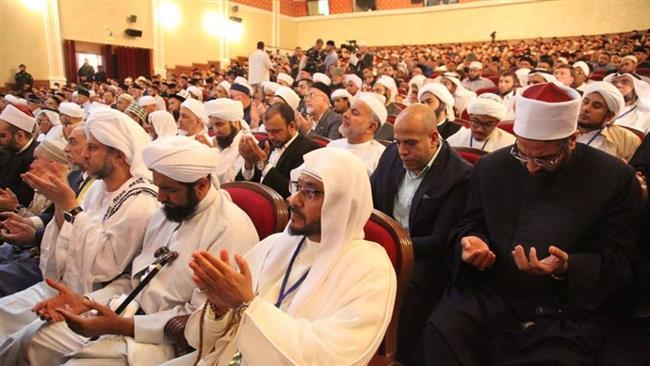 Saudi clerics have reacted angrily to recent remarks by Egyptian Grand Imam of al-Azhar, Sheikh Ahmed al-Tayeb, who excluded Salafists from Sunnis during a religious conference in Chechnya, Russia.

During a conference in Grozny, Chechnya, Sheikh Tayeb said that Salafists were not Sunnists, while he was defining what is meant by Sunnism.

The online Arabic-language Ray al-Youm website said in a report on Monday that the remarks caused a storm of anger among pro-government clerics in Saudi Arabia.

They said the rhetoric used by the Egyptian cleric during the conference was more in line with a policy to weaken Wahhabism practiced in Saudi Arabia and establish a new, dominant Sunni leadership under the auspices of al-Azhar in Egypt.

According to the report, several Saudi clerics said the conference, attended by thinkers from Egypt and other Sunni-dominated countries, was an attempt by the Russian government to deepen the gap between Saudi Arabia and Egypt -- two leading Sunni Muslim nations of the world.

The Russian initiative was meant to sow discord in the Islamic world, they claimed, saying the conference targets the Kingdom.

The report comes just one day after the General Secretariat of the Council of Senior Scholars in Riyadh warned against what it called inciting and stoking sedition among Muslims belonging to different schools of thought.

“It is not prudent to ignite crises and trigger misadventures of political nature, as well as intellectual affiliations and sloganeering, to demonize the Muslims and thereby widening divisions,” the council said in a statement carried by the official Saudi Press Agency.

More than 100 Muslim clerics from various countries, including Russia, Syria, Turkey, India, Britain, Lebanon, Egypt, South Africa and Jordan, attended the Grozny conference on August 25-17 to disassociate themselves and Sunnism from the Takfiri terrorist groups that have been wreaking havoc in the Middle East and other places.

The scholar attendees, most of them well-known in the Muslim world, said the groups like Daesh, which fight under the banner of Wahhabism, have no links to Sunnism altogether.

The Saudi government, along with its allies, has been among the main sponsors of Takfiri militants.

According to reports, the Riyadh regime has recently stepped up its support for Takfiri militants in the face of the Iraqi army's upcoming liberation of Mosul and the Syrian army's advances in Aleppo and elsewhere.