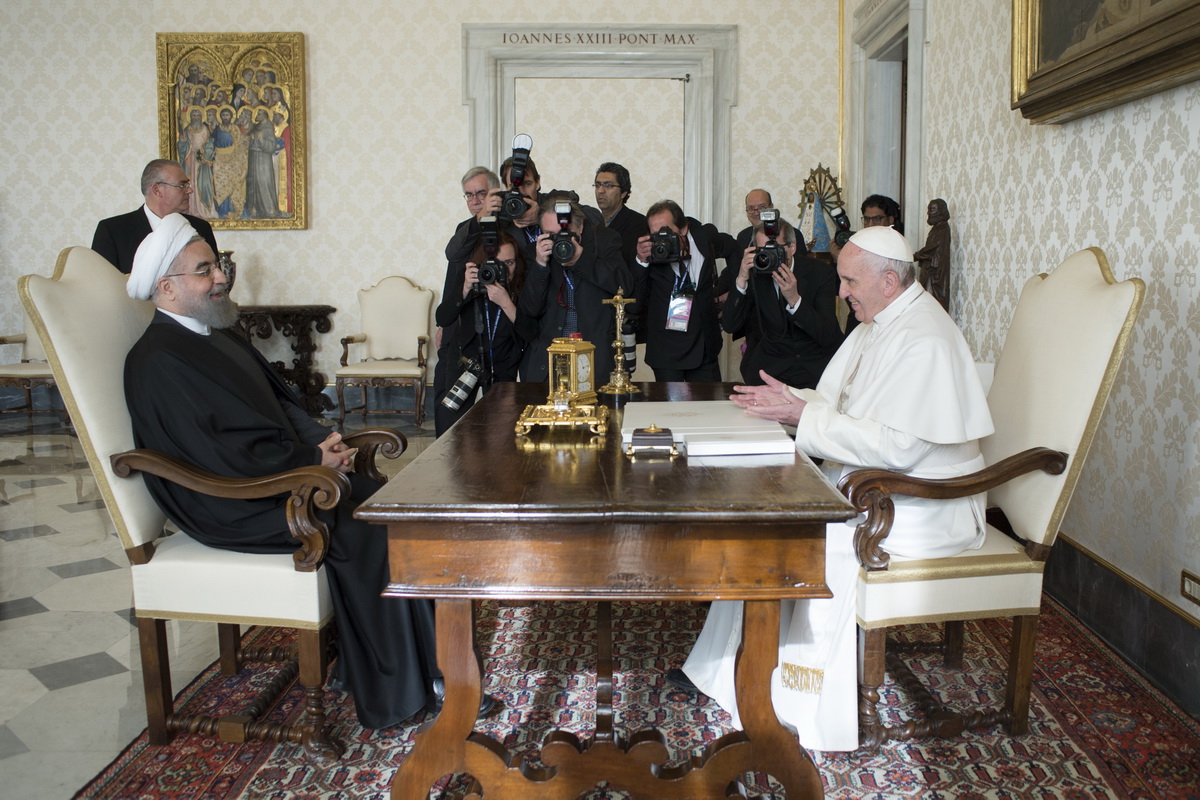 President Rouhani and the Leader of the Roman Catholic Church Pope Francis met and stressed that divine religions promote peace and abstain from violence and extremism.

In this meeting which was held on Tuesday in Vatican City, President Rouhani and Pope Francis also urged all nations and countries of the world to make comprehensive efforts to establish peace in the world.

They also stressed the need for countries and international organisations to cooperate more to relieve humans from suffering and put a prompt stop to conflicts and wars.

Other issues which were discussed were the nuclear agreement and the importance of fulfilment of both parties in its implementation, issues regarding the Middle East and the need to try to politically solve issues of the region.

Referring to the Islamic doctrine and teachings during the meeting, President Rouhani said: "The Islamic Republic of Iran is honoured with believing in all the divine messengers, especially Jesus Christ (PBUH), respecting all divine religions and the coexistence of Jews and Christians beside Muslims in Iran".

Rouhani indicated the use of "faith" and "spirituality" as the main capitals to solve the problems and calamities of today’s world and society.

He also described removal of all WMD including nuclear weapons as a prerequisite to establish peace and security in the world and urged Pope Francis to push for the very common demand of all religious leaders of the world in his sermons and remarks.

Emphasizing the need to take a serious action against violence and radicalism, he said: "Propagating Islamophobia and doing actions to offend sanctities not only instigate and arouse negative emotions of Muslims but also helps terrorist groups as well".

In this meeting, Pope Francis also described respecting religious sanctities as an essential element to establish peace and spirituality in world community.

He asked President Rouhani to pray for him and President said in return: "We all need praying".

President Rouhani also met Vatican Secretary of State "Pietro Parolin" and exchanged views with him about bilateral relations and regional and global issues.