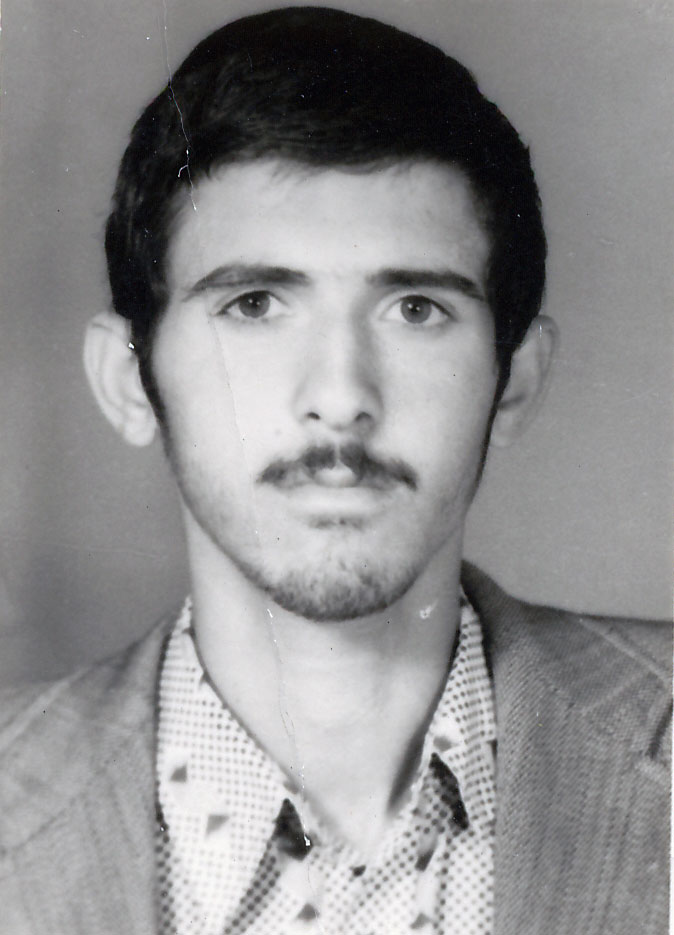 Born Rostam Azarbad in Yazd to a Zoroastrian family on April 22, 1965, his father was a baker before the Islamic Revolution and after the 1979 Islamic Revolution he was employed in a textile mill. Rostam, a gentle and obedient boy, was the second child of the family. He was always trying to offer a lending hand to his brothers and sisters and he was constantly appraised by his teachers in school. He was a kind hearted boy helping the down and outs. He also devoted his leisure time to help his father in the bakery.

He was very good at communicating with others so that the other side always took his word for it. He had the reputation of good manners and nobody was annoyed by his behavior.

Rostam received his diploma and started his military service in Kurdistan. He had his heart set on sitting for university entrance exam and furthering his studies in the medical field.

His military service was during the Iraqi imposed war on Iran. Moreover, the anti-government groups in western Iran were engaged in conspiracy against the Islamic Republic of Iran. Rostam and a number of other soldiers were dispatched to an operation in early 1986 when he was passing the final days of his military service. They were ambushed and held captive by the terrorist Komole terrorist group. Terrorists tortured Rostam since they found out that he was aware of the details of the operation. But Rostam, who loved his country, made no confessions and was killed under torture.

Rostam Azarbad’s body was later returned home and a large number of people took part in the procession to pay respect to him.