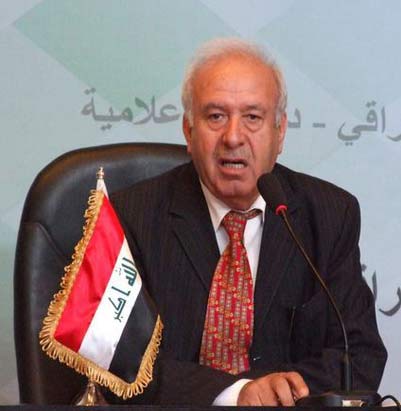 In an interview with Habilian Association, Hunain Qadu expressed the necessity of attending international figures in the National Congress of 17000 Terror Victims and discussing the threat of terrorism and terrorist ideology, which threatens the security of many Arab and Muslim countries.

The 1st National Congress of 17000 Iranian Terror Victims is going to be held on August 31 in Tehran. By bringing together experts across the country, the one-day conference intends to provide a platform for exchanging ideas that will help to examine different aspects of terrorism, terror groups, and a bunch of relevant issues and to honor the victims of terror in Iran and pay tribute to the families left behind.

“This is very important to organize a congress like this in Iraq as this country has suffered a lot from terrorism,” he added. “It will contribute to the international cooperation among countries who are victims of terrorism.”

Criticizing some Iraqi politicians who are supporting the terrorist Mujahedin-e Khalq Organization (MEK, a.k.a. MKO), Qadu added, “unfortunately, some political streams in Iraq support terrorism and MKO group and try to justify their terrorist acts in Iraq.” “Accordingly, this issue stems from their tribal prejudice and their hostility against the Shia.”

He wished good luck to the Congress of 17000 Iranian Terror Victims and said, “I hope the Terror Victims Congress will unveil the terrorists and those behind killing of the innocent people.”