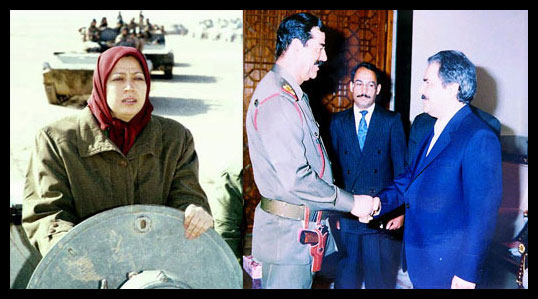 Four years after Sarah Palin famously accused then-candidate Barack Obama of “palling round with ‎terrorists,” it can be said truthfully. Last Friday, news leaked that the U.S. State Department is going to ‎remove the Iranian terrorist group Mujahedeen-e-Khalq (MEK) from its list of foreign terrorist ‎organizations.‎

MEK’s ideology is a mixture of Islam and Marxism with cult-like practices. The group once called itself ‎‎“the People’s Holy Warriors of Iran.” They supported the Islamic revolution in Iran and later allied with ‎the Iraqi dictator Saddam Hussein. During the ‎‏1970‏s MEK conducted numerous attacks on American ‎officials, including an attempted assassination of the U.S. ambassador in Tehran. Six Americans were ‎killed. It has been listed as a terrorist organization since ‎‏1997‏‎. The MEK fought in the Iran-Iraq War, ‎made use of chemical weapons, and brutally put down Iraqi Kurdish people in the early ‎‏1990‏s. The ‎Bush administration cited Saddam’s support of MEK as a reason to invade Iraq, and the group was ‎forcibly disarmed by the U.S. Army. In recent years, the MEK is believed to be involved in a wave of ‎terrorist attacks against Iranian nuclear scientists.‎

Note to all U.S. Attorneys: Everyone associated with MEK can be charged with providing material ‎support for terrorism, a federal crime under the USA PATRIOT Act (‎‏18‏‎ U.S.C. §‎‏2339‏A and §‎‏2339‏B) ‎punishable by ‎‏15‏‎ years in prison.‎

Now that the United States has de-listed the MEK as an international terrorist group, our government ‎can overtly fund them to conduct terrorist attacks on Iran. According to some reports, MEK has ‎received covert U.S. and Israeli assistance for years.‎

[W]ith the MEK, we have a group that, at least according to some reports, appears to have ‎intensified its terrorism, and yet they are removed from the list. Why? Because now they are aligned ‎against the prime enemy of the US and Israel – and working closely with those two nations – and are ‎therefore, magically, no longer “terrorists.”‎